2 reasons why Donovan Mitchell is a great card investment

In his prime, Dwyane Wade was one of the most exciting stars to ever step on the court. Without a doubt, his championship run with the Miami Heat in 2006 against the Dallas Mavericks was the stuff of legends. Now in 2021, the same thing can happen to the Utah Jazz with Donovan Mitchell in the driver’s seat.

Like Flash before him, Mitchell possesses the same DNA that can lead to a fantastic career in the league. He’s amazing on offense, possesses a fiery drive that can will his team to a win, and an underdog narrative everybody can get behind.

The same train of thought can also be applied to Mitchell’s value on the card market. We take a look below why the All-Star shooting guard is a great player to invest in.

There are less than a handful of players in the NBA who can claim to be the second coming of Dwyane Wade. Mitchell makes a strong argument for himself.

During Wade’s first championship season, he went on an incredible run as a young alpha in the playoffs, even averaging nearly 35 points per game in the NBA Finals. Wade’s athleticism and high basketball IQ worked in his favor as he led the Heat to their first title in franchise history.

In comparison, Mitchell plays a similar style to Wade apart from 3-point shooting. While Mitchell is better at connecting on his long-range shots, he also possesses the same level of athleticism and intelligence on the court, and the way they move and get to the basket look similar.

Wade even admitted in an interview with JJ Redick that the young star shares many traits with him. Just recently, the three-time champion was seen giving Mitchell advice during a playoff game against the Los Angeles Clippers:

If Mitchell’s trajectory as an NBA star aligns with Wade’s career, there’s a good chance demand for his cards will gain momentum in the coming years. It’s always good to place your bets on athletic shooting guards who can score a lot, like Mitchell and Wade.

Donovan Mitchell is the undisputed star of the Utah Jazz

Basketball fans won’t have any doubt about who sits on top of the table in Utah after two games against the Clippers. During that stretch, Mitchell proved he can lead a team to victory, even while facing a pair of impressive talents in Kawhi Leonard and Paul George.

The All-Star is averaging insane numbers of 41.0 points by hitting 52.5% from the field, 44.4% from downtown, and 80.0% from the free-throw line so far in the series. He went for 45 points in Game 1 and couldn’t be stopped down the stretch:

With Utah up 2-0 against the Clippers, the chances of Mitchell advancing to the next round are getting stronger. With a better lineup surrounding him than Luka Doncic with the Dallas Mavericks, Spida can potentially go the distance and carry the Jazz deeper in the postseason. With momentum on their side, Mitchell’s status as Utah’s franchise player is being solidified with each playoff game he dominates.

The state of Donovan Mitchell cards on the market

While most cards on the market are dropping down, Mitchell’s Prizm Silver rookie card is gaining steam, especially in the past few weeks. When May ended, PSA 10 slabs of said card were valued at $1,375. Thanks to the shooting guard’s impressive performances lately, that figure has since jumped up to $2,000 on eBay. 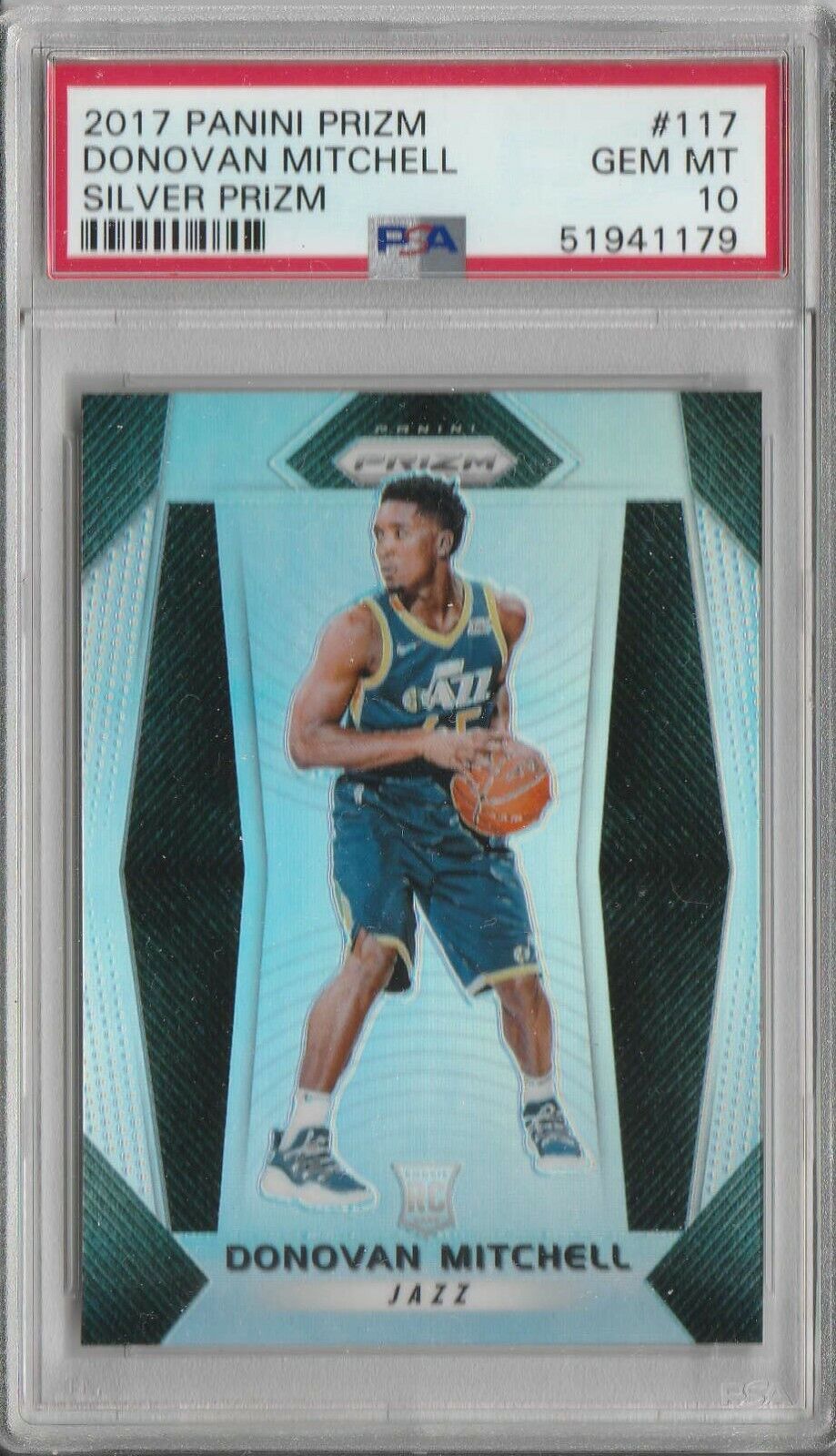 This trend just goes to show that Mitchell’s stellar showing during the postseason has an effect on his stock. Of course, the continued increase of those prices depends on how far the Jazz will make it into the playoffs. In any case, there’s no better time than now to be a Donovan Mitchell card collector, because his value is on the rise.