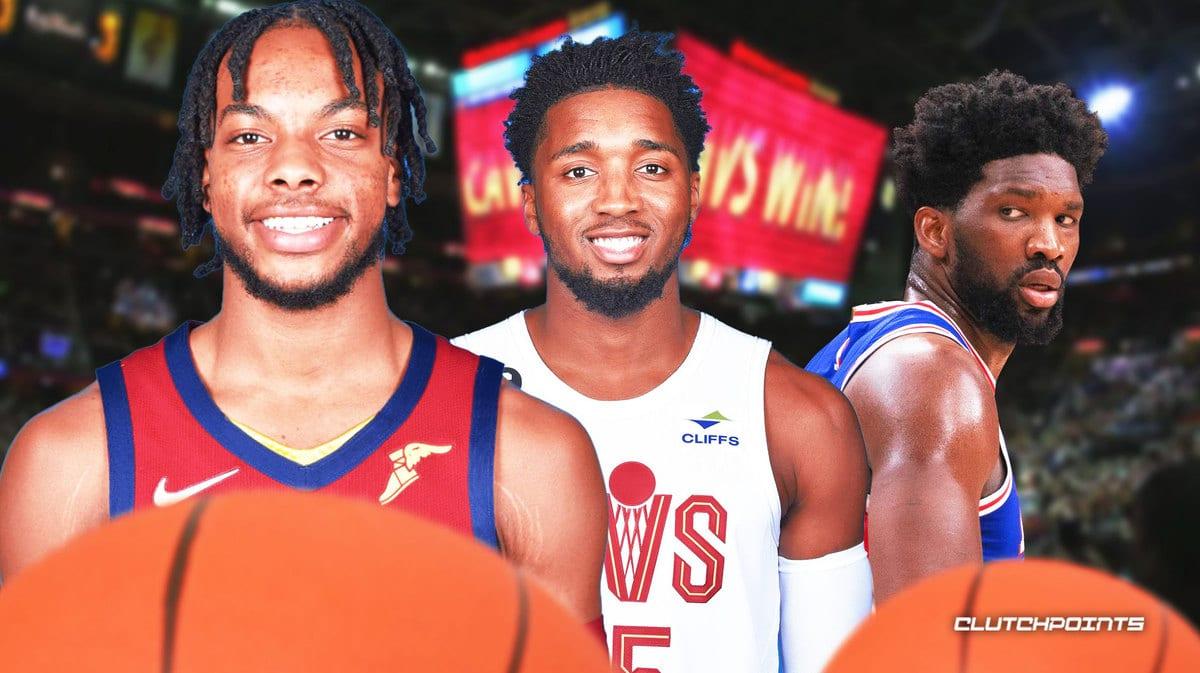 The Philadelphia 76ers started their road trip against the Cleveland Cavaliers. Their good mojo from the last week didn’t help them against a Cleveland team that shot the lights out. The Sixers lost by a score of 113-85 as Joel Embiid notched just 19 points, six rebounds and six assists. For the Cavs, Darius Garland (21 points, nine assists), Donovan Mitchell (18 points, six assists), Caris LeVert (22 points on 8-11 shooting) and Evan Mobley (16 points on 8-10 shooting, eight rebounds) led the way.

Here are three key reactions to the Sixers’ loss against the Cavs.

3. Paul Reed is starting to run away with the backup center spot

The Paul Reed victory tour continues. Reed is continuing to show why he is the Sixers’ best option at backup center with a good performance on both sides of the ball. In the time of the game that was actually competitive, Reed played well.

Reed notched eight points on four shots in the first half and showed off his defensive versatility by sticking with Darius Garland in space to force him into an off-dribble triple (which, admittedly, he ended up making) and holding his own against Mobley down low to force a miss. He found himself room to operate on offense, making himself an easy target for his teammates.

Montrezl Harrell started in the games Embiid missed but Reed got more minutes than him in most of them. Harell didn’t see the floor on Monday against the Atlanta Hawks when Embiid returned and only saw minutes vs. the Cavs alongside Reed when Philadelphia was already down by more than 20 points. Doc Rivers has said that the backup center spot remains fluid but his actions suggest that Reed is edging out his veteran teammate.

Philadelphia is fortunate that James Harden may join them at the end of their current road trip because playmaking is a big need. The team’s failure to keep the offense going well with Harden (and Maxey) out is largely due to the lack of playmaking elsewhere on the roster.

Embiid, one of the best post-up players in the game, has trouble getting into those situations without Harden because entry passes are a genuine weakness of his supporting cast. Because the Cavs swarmed to the paint to guard him, leaving P.J. Tucker and Matisse Thybulle on islands to do so, Embiid had to get the offense going from outside the arc on numerous occasions.

Still, Embiid continued to flex his playmaking skills with four dimes in the first quarter. His teammates’ sense of where to move off the ball around him is improving. Getting more comfortable as a playmaker is great to see but the Sixers still need him to score, too. Generating shots for him gives Philly the best shot at winning, not the other way around.

The Sixers got playmaking from guys like Tobias Harris and Shake Milton (three assists each) but it wasn’t enough. Perhaps no playmaking would have helped Philadelphia overcome a Cavs team that could barely miss. But it was clear that the offense was working too hard for its own good to score.

One of Philadelphia’s key defenders, De’Anthony Melton, had a rough performance. He got held up and forced out of the play on screens very often, which is a recipe for giving away points to guys who can score like Garland and Mitchell. Him getting caught on screens opened the paint for them. Other guys were able to get around him all game, long, too. He still notched three steals but overall was not his usual self.

Melton not having a great game is perfectly understandable. All players have them from time to time and he is fresh off of a week of taking on a bigger offensive load than usual. The loss is also not solely his doing. The Sixers could have helped out in other ways but failed to do so. Melton had issues navigating screens but the efforts to contain those mistakes fell flat.

The Sixers fell back into the bad habit of getting torched in transition. The Cavs ran all over them despite not generating all that many takeaways. Another reason the Sixers got smoked was Cleveland’s perimeter shooting. After nearing the top of the defensive-rating leaderboard in part because their opponents shot poorly from beyond the arc, they allowed Cleveland to make 15 of their 29 attempts from deep (and 45 of their 74 field-goal attempts).

Thanks to allowing the Cavs to score 44 points on 16-17 shooting from the field in the second quarter and shoot very well throughout the game, the Sixers lost their three-game win streak. They’ll look to start another one on Friday against the Memphis Grizzlies.