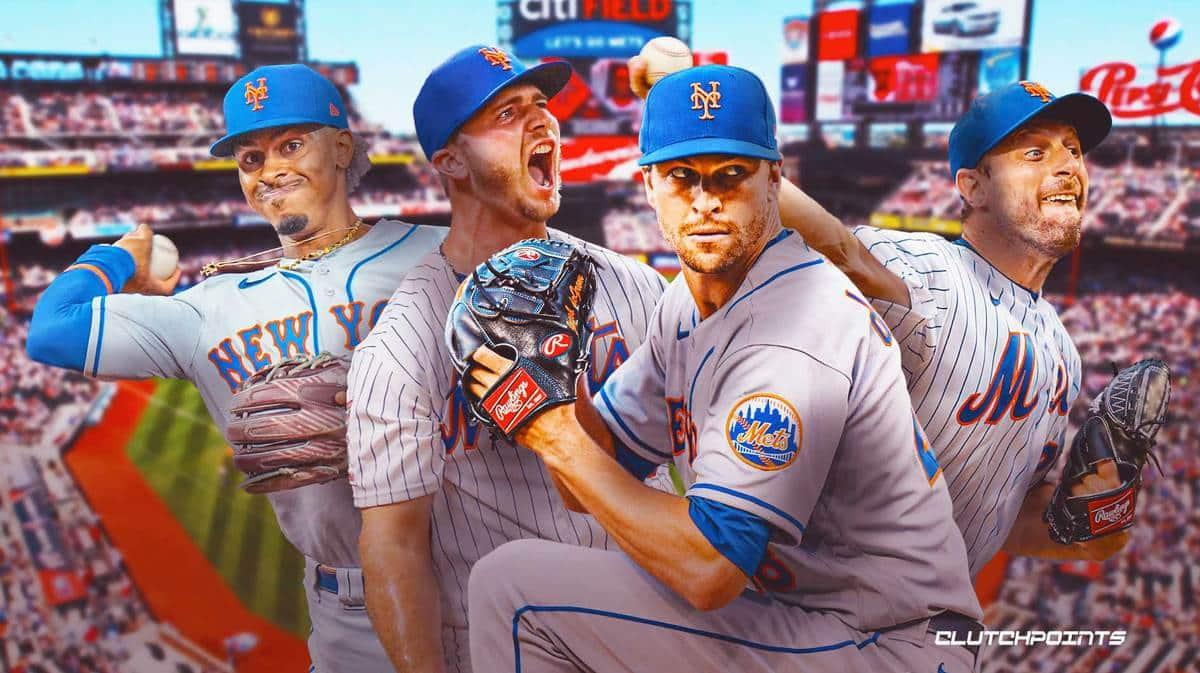 The New York Mets are having one of the better seasons in franchise history this year. They had led the National League East pretty much all year. The defending World Series champion Atlanta Braves made a hard push and came close to overtaking the Mets, but ultimately New York held. They have since gone on another win streak and increased their division lead to seven games over the Braves.

There is just under two months remaining in the regular season. So, there is time for the Braves to catch them. But that appears unlikely. The recent hot streak has seen New York surpass both the Houston Astros and New York Yankees for home field, were they to meet in the World Series. Only the Los Angeles Dodgers have a better record, sitting five games up on the Mets.

New York clearly has championship aspirations this year as well as they should. They are loaded in just about every way. But here is why I believe they should be the World Series favorites.

World Series odds can be found here, Courtesy of FanDuel.

3 Reasons the Mets Should be Considered World Series Favorites

3. Balanced Lineup from Both Sides

The Mets already had one of the better lineups in baseball. Midway through the season, they were among the league leaders in home runs, runs scored and team batting average. That’s a solid indicator that you have a solid offense. But the Mets general manager, Billy Eppler, wasn’t going to stand pat.

Prior to the trading deadline, the Mets added a couple powerful bats. First, they landed the hefty lefty, Daniel Vogelbach from the Pittsburgh Pirates. Vogelbach hit 30 home runs in his last full season back in 2019. He’s been in and out of the lineup since then but is healthy now. The powerful lefty provides the perfect protection for their All-Star righty, Pete Alonso. He does not hit for average but also walks a ton.

But they weren’t done just yet.

A few days later, the Mets traded with the Cincinnati Reds to acquire Tyler Naquin. Naquin doesn’t provide as much power, even though he did hit 19 jacks last season. But he is much better at consistent contact. Since being acquired, the new Mets outfielder is hitting .367.

Unlike most lineups in baseball, New York has a ton of flexibility. Generally, Brandon Nimmo (lefty) leads off with Starling Marte (righty) following him. Then the Mets get an even bigger advantage. Francisco Lindor is a switch hitter. He’s followed by Alonso (righty) and Vogelbach (lefty) with ability to use Marc Canha or Darin Ruf (righties) in that spot. The end of the lineup features more righty-lefty options including Naquin and Jeff McNeil.

Good luck trying to prepare a bullpen versus this lineup.

One of the most overlooked, yet most important parts of a team’s postseason success is the bullpen. Playoff games are generally close and come down to who can close out a game. The Mets have one of the stronger bullpens in baseball.

At the deadline, they traded for Mychal Givens, the veteran righty. That adds depth to an already fresh bullpen.

Taijuan Walker says the Mets rotation doesn’t look at wins but how deep they go into the games. The goal is to keep the bullpen fresh down the road.

The Mets bullpen has thrown the seventh least innings in baseball this year.

Of course, most importantly, they have one of the best closers in the game. Edwin Diaz is having a fantastic year once agin. He was named to his second All-Star team this year. The power righty has 26 saves with a ridiculous 1.39 ERA and 0.86 WHIP. Maybe most impressive of all is his K/9 rate, sitting at an absurd 18.1.

It the new age of baseball with launch angle and strikeouts, having a closer who can strike guys out at that rate is immensely helpful.

There are a lot of great 1-2 combinations among starting rotations in baseball. Justin Verlander and Framber Valdez is one. Clayton Kershaw and Tony Gonsolin is another. But I dare anyone to find one even close to as dominant as Jacob deGrom and Max Scherzer.

deGrom and Scherzer are BEASTS on the bump, but they give the Mets hitters an edge too.

“The way they think, if I can think along with them I can get an edge.” -Daniel Vogelbach

During the playoffs, rotations tend to shrink. Teams will utilize a four-man rotation instead of five. Occasionally, you will see a three-man rotation. Whenever you can roll out deGrom and Scherzer twice each, you have an automatic advantage. We’ve seen what Scherzer can do in the playoffs. Outside of a couple playoff starts early in his career for the Tigers, Scherzer has been nearly untouchable.

Their other ace, deGrom, has only pitched once in the postseason. To no one’s surprise, he looked dominant. But the Mets are not two-trick ponies either. Chris Bassitt, Tijuan Walker and Carlos Carrasco are all having very good years.

The Mets can hit for average and power, they have a very good bullpen and the best 1-2 combination in baseball to start games with. That’s a recipe for postseason success.