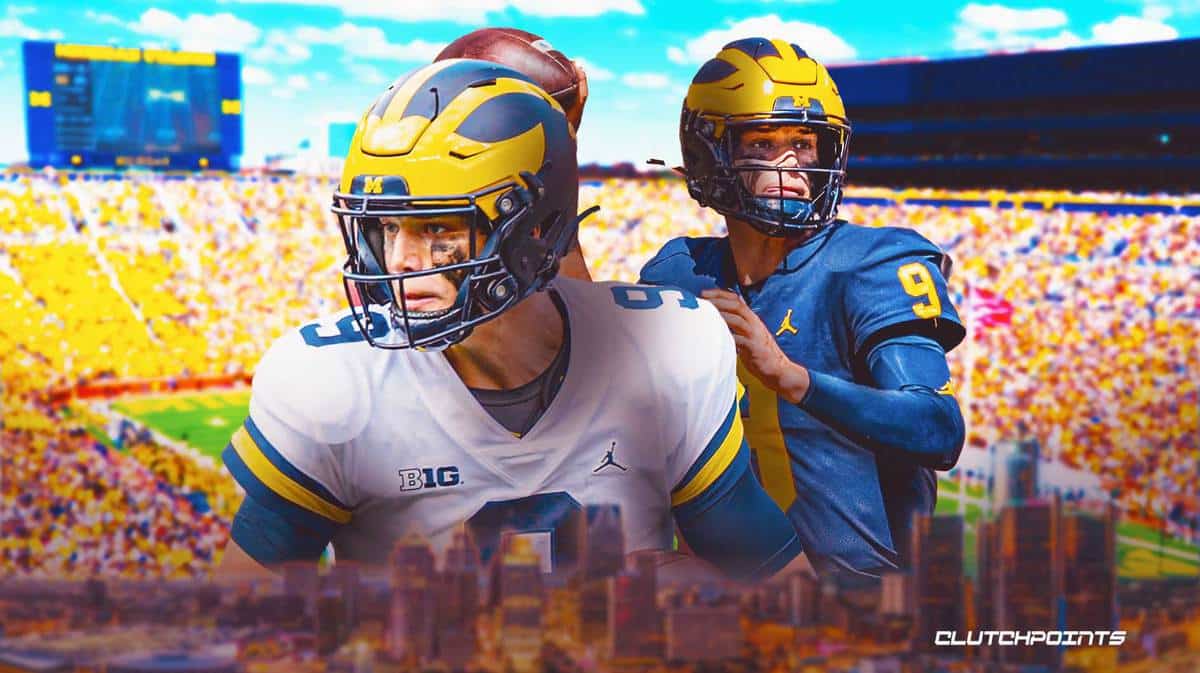 Michigan football completed its underwhelming non-conference schedule with a 59-0 drubbing of UConn on Saturday. The Wolverines looked dominant the entire game as they held the Huskies to just 110 total yards and Blake Corum ran for five touchdowns. As the Big Ten schedule approaches, the Wolverines look to be firing on all cylinders.

However, this win came at a cost. Quarterback Cade McNamara injured his leg in the first half of the game and did not return. After the game, head coach Jim Harbaugh said that McNamara will miss “a few weeks.”

McNamara may be the backup quarterback, but his importance to the program cannot be understated. Last season, he led Michigan to its best season in years, as the Wolverines snapped their losing streak against Ohio State and won the Big Ten championship. No matter what role he played this season, losing him is a big loss for Michigan.

After a quarterback competition early in the season, McNamara’s injury means that J.J. McCarthy is firmly in the starting role now. The Wolverines already showed a preference for McCarthy, who started the last two games, but this injury truly cements him as the starter. Fortunately, the Michigan football squad is in good hands with McCarthy, and here are a few reasons why.

With Michigan football being one of the most popular programs in the country, one would expect the Wolverines’ starting QB to be one of the most scrutinized jobs in college football. That may have been true in the past, but Harbaugh has assembled the right system to take the pressure off his signal caller.

Especially over the last two years, Michigan has transformed into a hard-nosed, run-first team. Last season, the Wolverines had the best rushing offense in the Big Ten, averaging 214.4 yards per game. Behind two star running backs in Corum and Hassan Haskins, Michigan was able to make McNamara’s job a lot easier.

Despite losing Haskins, this season seems to be more of the same for the Wolverines. Through week three, they are averaging 231.3 yards per game on the ground, second in the conference. Corum looks even better as the feature back, while other backs such as Donovan Edwards and C.J. Stokes make for outstanding complements.

With a running game this strong, McCarthy won’t have to be Superman to win Michigan games. As long as he can keep his game clean and efficient, the Wolverines’ rushing offense can handle the bulk of the work. That luxury will allow McCarthy to just go out there and play, and it takes a big weight off his shoulders.

2. McCarthy can use his legs

In such a ground-heavy offense, McCarthy could provide a new threat with his running ability. Imagine the headache defenses will experience focusing on the back, only for McCarthy can take it himself. That mobility can also allow him to scramble effectively on passing plays, further frustrating opposing defenses.

Harbaugh and co-offense coordinators Sherrone Moore and Matt Weiss should be salivating at the potential of their offense with McCarthy’s running ability. His running ability will allow the coaches to draw up all sorts of new plays for the offense. Big Ten defenses better watch out when McCarthy decides to take it himself.

1. McCarthy has been the better QB so far

McNamara may be a Michigan football hero, but there’s no denying that McCarthy has been the much better passer this season, and the stats tell the story. McCarthy has completed 30 of 34 passes for 473 yards and three touchdowns. On the other hand, McNamara has completed just 14 of 25 passes for 180 yards, one touchdown and one interception.

Michigan has a talented receiving more that features six former four-star recruits, according to 247Sports. That’s not even including former three-star Ronnie Bell, who leads the team with 14 receptions for 181 yards this season. Even with Michigan’s run-first offense, the receivers need to be able to produce too.

McNamara is a perfectly fine passer. After all, he threw completed 64.2 percent of his passes for 2,576 yards and 15 touchdowns last season. However, McCarthy, a former five-star recruit, is much more talented and has proven to be a better passer this season.

Demoting a quarterback who led the team to a CFP berth seems insane, but Michigan football is there right now. McCarthy should slot into the offense effortlessly and may lead the Wolverines to even greater heights.