NBA Legend Allen Iverson knows a thing or two about being selected #1 in the NBA Draft as he was chose first in the 1996 Draft.

Iverson also knows something about being selected #1 by the Philadelphia 76ers. The Answer gave his heart and soul to the city every time he stepped on the court.

Even with his most infamous speech about practice, which has become an iconic joke in itself, Iverson is and always has been revered in Philly. During a recent interview with ESPN, Iverson had a chance to share his thoughts about the 2016 NBA Draft.

More importantly, Iverson had some advice to offer this year’s #1 pick, Ben Simmons, who is now in the exact same place Iverson stood 20 years ago.

No one knows that better than Iverson as throughout his career and afterwards, there was a mutual love between the city and him. 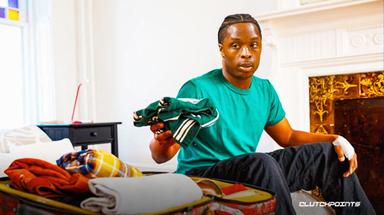