In his 11th season in the NBA now, Andre Drummond is seeing a career-low 13.8 minutes per game. His playing time has decreased over the last couple of games he’s played less than six minutes in two of the Chicago Bulls last three games. Drummond has been coming off the bench and Bulls head coach Billy Donovan has opted to go with more of a small-ball second unit leaving the 6-foot-10, 279 pound big man sitting on the bench more often than not. Although it isn’t an ideal situation for the veteran center, it’s just something he has to accept for the time being as per Joe Cowley of The Chicago Sun-Times.

“For me it’s just a position I have to accept for the time being,” Drummond said. “My job is to do whatever it takes to help this team win, whether it’s playing 15 or playing 30 minutes. I said this before, earlier in the year, anyone who knows basketball and has seen me play, knows what I’m capable of doing in 30-plus minutes, but that’s not what this team is asking of me right now. It’s to come out off the bench, be a spark anyway I can, and try and help them win games. That’s what I have to accept.” 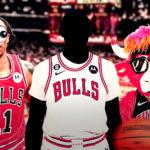 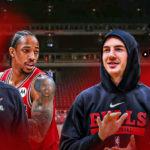 Andre Drummond has been putting up 6.4 points per game and 7.4 rebounds while shooting 53.3 percent from the field. In an era when the role of the big man has been changing, Drummond has long been a bastion of traditional post play. But perhaps with the ever-changing game, his type of game is starting to get phased out.