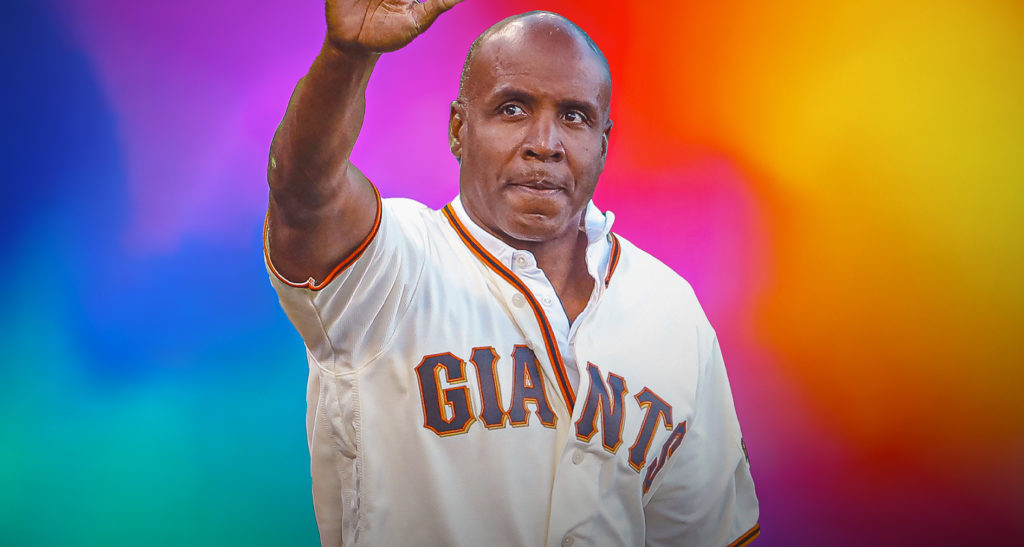 Barry Bonds’ net worth in 2022 is $100 million. This is according to multiple reputable outlets such as Celebrity Net Worth.

Bonds was born in Riverside, California. Like his father, who was also a former MLB player, Bonds was also a gifted athlete. He attended Junipero Serra High School where he played three different sports including basketball, baseball, and football. However, Bonds would excel in baseball among the three, hitting .404 across three seasons. In fact, Bonds’ high school baseball career saw him earn his place as part of the prep-All-America in his senior year. After a stellar high school stint, the San Francisco  Giants took notice of the high school prospect as they drafted him in the second round of the 1982 MLB Amateur Draft.

Bonds had the great opportunity to jump into the pro ranks out of high school. However, Bond refused to play for the Giants after they didn’t fulfill his wish of being paid at least $75,000. General manager Tom Haller, was only willing to pay him $70,000.

After refusing to go pro, Bonds went to college instead. Bonds would take up criminology while playing for Arizona State University. He was easily the best player of his team.  Despite playing only three years in college, Bonds made his mark in the baseball college ranks. He tied the NCAA record for making seven consecutive hits in the College World Series as a sophomore. Furthermore, Bonds collected a wide array of accolades such as a Sporting News All American selection, making the All-Time College World Series Team, and earning the ASU on Deck Circle Most Valuable Player.

After a stellar college stint, Bonds would be selected by the Pittsburg Pirates with the sixth overall pick of the 1985 MLB Draft. But before seeing action in the MLB, Bonds played in various minor leagues. While playing for Arizona, Bonds also played in the Alaska Baseball League for one summer, as he showcased his wares for the Alaska Goldpanners. Moreover, Bonds also played for Prince William Pirates of the Carolina League. He also suited up for the Hawaii Islanders of the Pacific Coast League the following year.

Bonds made his debut in the MLB with the Pittsburg Pirates on May 30, 1986. And immediately, he made an impact to what was an emphatic start to a decorated career. The Arizona standout registered 16 home runs, 48 HR, 36 SB, and 65 BB. Although he didn’t win the Rookie of the Year, he managed to place sixth in the NL Rookie of the Year Voting.

It was in 1990, where Bonds made his mark in the MLB. He registered 33 HR, 114 RBI, 52 SB, and 93 BB, to go alongside becoming the first player to bat .300. After a successful season, Bonds went on to collect his first MVP, an All-Star selection, a Silver Slugger Award, and his first Golden Gloves award. His contributions also helped the Pirates clinch its first postseason berth in 11 years. It’s worth noting that in that year, Bonds made an arbitration bid of $1.6 million but could only settle for a $850,000 paycheck that year.

However, despite losing the arbitration bid, Bonds would nearly triple his salary in 1990. The following year, the MVP made another arbitration request of $3.25 million. Although he lost his second consecutive bid, Bonds was still able to nab a $2.3 million deal. In that year, Bonds batted .292. He also tallied 25 HR, 116 RBI, 43 SB, and 107 BB. Bonds also earned his second Golden Gloves Award.

Afterwards, Bonds was rumored to be in the trading block. However, none of the trade plans involving the MVP materialized. Despite the rumors, Bonds focused on his game and went on to win his second All-Star selection and MVP award. Bonds also earned his third straight Golden Gloves. He registered 34 HR, 103 RBI, 39 SB, and 127 BB. Bonds also led the league for the second straight year by batting .456. In that same year, Bonds also earned the biggest one-year deal ever offered by a team in MLB history. The Pirates and Bonds agreed to a lucrative $4.7 million deal including a $100,000 bonus.

All of this, obviously, helps to attribute to Barry Bonds’ net worth in 2022.

But after the 1992 season, Bonds left the Pirates to sign with the San Fransisco Giants. At that time, Bonds signed a record-breaking six year, $43.75 million deal. That contract would eventually be extended in February 1997, where Bonds agreed to a two-year extension worth $22.9 million.

With the Giants, Bonds would continue to dominate in the MLB. He went on on to collect five more MVPs, become the RBI leader in 1993, the home run leader in 1993 & 2001, NL Battling champion in 2002 & 2004, NL Hank Aaron Award in 2001, 2002, & 2004, and five more Golden Glove Awards. In addition to these accolades, Bonds also broke various records. He shattered MBL’s home run records for both career and a single season, with 762 and 73, respectively. Furthermore, Bonds was the first plater in history to win accumulate at least four MVP awards.

Bonds’ most lucrative paycheck came in 2002. He re-signed with the Giants on a five year deal, worth $90 million. At the end of the 2007 season, the Giant opted not to re-sign Bond which put an end to his decorated career. It’s worth noting that Bonds earned $188,245,322 from his 22-year baseball career which was among the Top 25.

Outside of baseball, Bonds had a few endeavors. He appeared in TV shows such as Jane’s House and Arli$$. Bonds also had a TV series about him, called Bonds on Bonds. After his baseball career, Bonds remained close with baseball. He served as a roving instructor for the Giants in 2014. In 2015, it was announced that Bonds was hired as the hitting coach for the Miami Marlins. And in 2017, Bonds returned to the Giants as a special adviser.

Nevertheless, were you at all stunned by Barry Bonds’ net worth in 2022?