The Cincinnati Bengals got some positive news regarding wide receiver Tee Higgins ahead of their Week 2 clash with the Dallas Cowboys. Higgins, who missed some practice time during the week, both with injury and non-injury issues, is active for the clash against the Cowboys and will be taking the field alongside his Bengals teammates, per Marisa Contipelli. Given the Bengals’ need for a bounce-back win after a disastrous Week 1 outing against the Steelers, Higgins’ availability is huge for the offense and Joe Burrow.

Bengals WR Tee Higgins is officially ACTIVE vs the Cowboys.

Burrow turned the ball over five times against the Steelers in Week 1, including four interceptions. The Cowboys defense represents a formidable matchup, but Burrow will feel more confident knowing he has Higgins at his disposal during the Sunday afternoon slate.

Higgins had been dealing with symptoms of a concussion he sustained in Week 1, but he’s been removed from the concussion protocol and will be able to join his teammates on the field against the Cowboys. Higgins and the Bengals are hoping to capitalize on the absence of Dak Prescott for the Cowboys, who are trotting Cooper Rush out at quarterback. The Cowboys may find points hard to come by against the Bengals, meaning the honus will be on Cincy’s offense to deliver a strong performance.

Last week prior to making way to the head injury, Tee Higgins had hauled in two receptions on two targets for 27 yards. Last year, he caught 74 passes across 14 games, racking up 1,091 yards and six touchdowns during what was his second season in the pros. 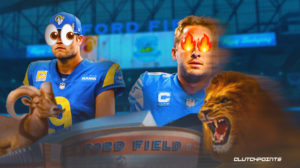