With the 2019-20 NBA season finally behind us, some fans are already looking forward 2020 free agency, even though we don’t officially have a start date for it.

A premium crop of top-notch talent, after all, will be available in the market as teams will once again break the bank in hopes of signing their next franchise star.

With the league’s cap at an all-time high, we can expect yet another bloody bidding war from all 30 squads looking to improve their chances for a title.

There will be plenty of veterans and role players available for the taking, but no doubt these ten players will be sought after the most.

In a league where big men who can shoot thrive, Bertans is indeed a hot commodity to have. Once considered as the Spurs best-kept secret, the Latvian deadshot has been a revelation for the Wizards this season.

Before the hiatus, Bertans was notching 15.4 points, 4.5 rebounds, and 1.7 assists in 54 games in Washington while knocking down a ridiculously high percentage of his shots (43.4 percent from the field and 42.4 percent from downtown). The 27-year-old’s fine play across the board should be enough to net him his first big NBA contract.

Gallinari picked the right time to play his heart out for OKC. The 32-year-old Italian forward’s NBA stock has shot through the roof after being a vital component to the Thunder’s shocking ascent this season. Gallo put up 19.2 points, 5.5 rebounds, and 2.1 assists while shooting 43.9 percent from the field and 40.9 from three in 55 appearances before the NBA restart.

No doubt he’ll receive multiple offers from contenders once this season concludes as one of the most intriguing 2020 NBA free agents.

Shooting is indeed premium in today’s NBA, and the Serbian sniper is currently one of the best in that regard. Bogdanovic hasn’t taken that expected big leap this year, considering the Kings went all-in on Buddy Hield — signaling the end of his days in SacTown.

However, there will be no shortage of teams willing to take him on, especially since he drained 43.3 percent of his field goals and 36.1 percent of his threes in 53 games this year before the restart. Bogdanovic will likely ink a large contract soon, as an underachieving team might even overpay to acquire his services.

The once unheralded player will certainly be a wanted man after his coming out party in last year’s NBA Finals. VanVleet enjoyed career-highs across the board this year, averaging 17.6 points, 3.8 rebounds, 6.6 assists, and 1.9 steals in 54 games for Toronto.

The Raptors would love to keep him after nearly bringing Toronto back to the Eastern Conference Finals without Kawhi Leonard, but they likely won’t have the money to match what other NBA teams will be willing to shell out for the combo guard. Toronto already shelled the big bucks for Pascal Siakam and are reportedly focusing on keeping another free agent in Serge Ibaka this year.

Hayward’s situation is a tricky one considering he has a $32 million player option to stay with the C’s. Staying put seems to be the logical choice for him, since opting out would likely mean taking less money elsewhere in the NBA.

However, he might be looking for long-term NBA security considering the amount of injuries he dealt with in recent seasons, so he becomes one of the best 2020 NBA free agents if he opts out. Despite being in and out of the lineup for the Celtics this season, the one-time All-Star had a good comeback year with averages of 17.3 points on 50.2 percent shooting from the field and 39.2 percent from deep before the restart. A lot of teams would still love to have his multi-dimensional skillset.

Harrell is another player bound for a big NBA payday after playing phenomenally in his contract year.The 6-foot-7 workhorse will likely be too expensive for the Clips to keep, evidenced by their willingness to try and trade him last deadline.

Harrell will no doubt be seeking superstar money. Young NBA teams looking for immediate production will likely latch on to that opportunity. The Louisville product is a frontrunner for the Sixth Man of the Year award this season, tallying 18.6 points and 7.1 rebounds for the Clips before the restart. The only thing hurting his stock is a subpar performance in the NBA bubble.

DeRozan’s NBA stock has dipped in recent years ever since his superstar days in Toronto. The Spurs appear to have no inclinations of re-signing him in 2021, and DeMar has a $28 million player option at the moment.

Although his playing style is considered to be out of date in today’s NBA game, DeRozan is still a proven scorer and would be a godsend for teams looking for that go-to guy on offense. The 30-year-old swingman, however, will likely delay his free agency for a year for a chance to get a bigger deal in 2021, but don’t rule out a trade involving the former USC star.

Drummond has led the NBA in rebounds in three seasons, making him the second-most coveted big man in this free agency period. Sure, the 6-foot-10 behemoth has his limitations on offense, but is still pretty much a walking double-double on every given night. 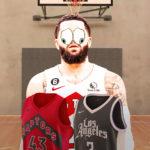 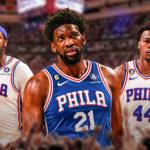 He is still relatively young at just 26 years old and still hasn’t even reached his prime just yet. Some pundits expect his detour with the Cavs to be just a short pit stop this season.The U-Conn alum will have no shortage of suitors, with the Celtics emerging as his likely destination.

However, Drummond can also just as easily opt into his $25 million NBA contract and try to up his value even more by racking up huge numbers in Cleveland.

Ingram finally took that leap to NBA superstardom this season and is set to receive a huge max contract for his troubles. Indeed, the rest of the league would love to have him on their roster, but NOLA seems ready to match any offer sheet coming his way.

The Pelicans hold all the cards on his rights at the moment and they have no intention of breaking up the Ingram-Williamson duo. Ingram became an NBA All-Star for the first time this season with averages of 24.2 points, 6.3 rebounds, 4.3 assists, and 1.0 steal before the NBA’s hiatus.

AD is no doubt the golden goose of this free agency period. All signs point to him staying in Hollywood, especially after winning a championship alongside LeBron James, but Laker fans are still on the edge up until he officially signs the dotted line.

Davis recently turned down the Lakers’ four-year deal worth $146 million— which was more of a formality. The 7-time All-Star could be aiming for the 5-year deal worth more than $200 million that the Lakers can offer him when free agency begins. Or, he could potentially opt for a shorter term deal that lines up with the end of LeBron James’ Lakers contract.

The Brow is indeed worth every penny of that money, considering he is the best big in the league today.