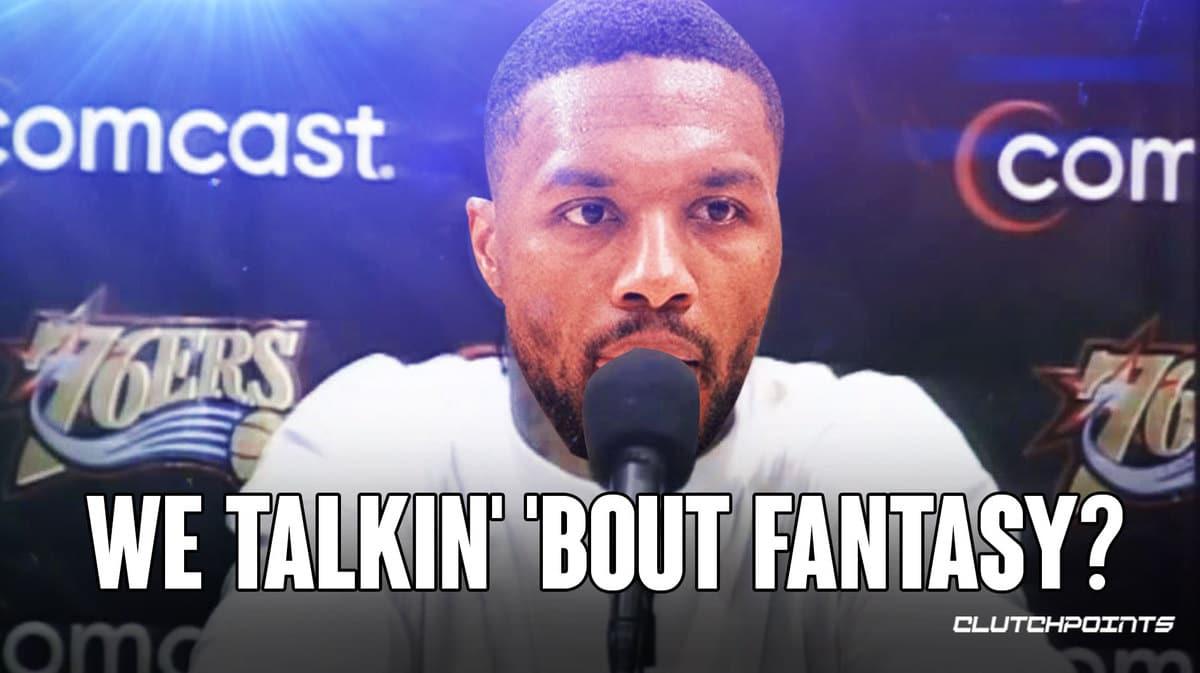 The Portland Trail Blazers just racked up yet another win on Thursday despite not having Damian Lillard in the lineup. The point guard was just as ecstatic about it while on the sidelines, but not everyone was happy.

One fan (fittingly hidden by his Twitter name, LeBronchitis) called him out for not suiting up for Blazers’ game against the New Orleans Pelicans because it messed up his fantasy basketball team.

Lillard had the perfect reaction to the whiny fan:

NBA stars have much more to play for than Joe Schmo’s fantasy basketball standings. With Portland having one of its best starts since Damian Lillard first set foot on an NBA court, the promise of turning this season into one that could define his career is a much, much bigger deal for Dame.

Lillard has long been the poster boy for trying to win the “hard” way without forcing trades or making demands on his front office. He’s just been about building and retooling while trying to make things work with the pieces within the Blazers’ grasp.

Anfernee Simons has stepped up to fill the hole that CJ McCollum left behind while Jerami Grant has been an under-the-radar signing that’s paying off huge for the Blazers early this season.

With a solid mix of veterans like Josh Hart and Jusuf Nurkic alongside their younger pieces in Nasir Little and rookie Shaedon Sharpe, the Blazers could make some noise this year. Of course, with a few monster nights for Damian Lillard that will likely help his fantasy basketball owners, too.