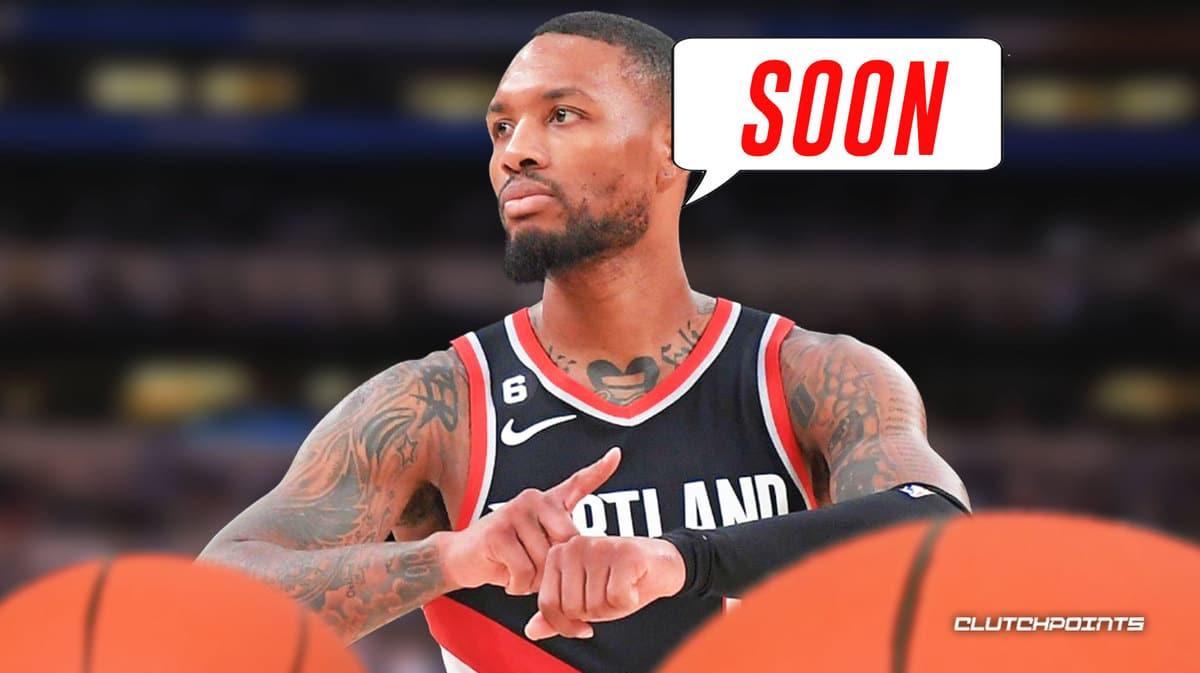 Damian Lillard has missed the Portland Trail Blazers’ past five games, including their Tuesday night tilt against the Los Angeles Clippers, due to a calf strain. Over that span, the Blazers have lost three games. However, Dame Time may soon be upon us once more, as Lillard may not miss much more time.

During the TNT broadcast of the Blazers and Clippers’ matchup, sideline reporter Chris Haynes reported that Damian Lillard is aiming to return to the court on December 4, when the Blazers host the exciting Indiana Pacers at Moda Center.

On the season, Lillard has missed a total of 10 games. Lillard appears primed to miss two more games – a road clash against the Los Angeles Lakers on Wednesday night, and a potential barn-burner against the Utah Jazz on Saturday.

The 32-year old point guard shot 32.4 percent from the field in his past four games before his latest string of calf-related absences, a far cry from his torrid start to begin the year. It was a calf injury as well that kept him out for four straight games in late October, so the status of his lower body will be something to keep track of as the season progresses.

In games without Damian Lillard, Anfernee Simons and Jerami Grant have stepped up to fill the void their floor general has left. Simons, the 23-year old guard who recently signed a $100 million contract, has tallied 26.6 points, 6.1 assists without Dame, while Grant has put up 24.6 points, 4.1 rebounds and 3.4 assists in nine games thus far without Lillard.

Nonetheless, the Blazers’ hopes of remaining competitive in the Western Conference will hinge on Lillard and his health. Blazers fans will be hoping that Dame’s calf won’t be bothering him any longer.