“I’m gonna be honest I had a conversation with friends and I think the best move for the Blazers would be to get Kevin Love,” Frye tweeted. “I think it would shake the whole Western Conference.” 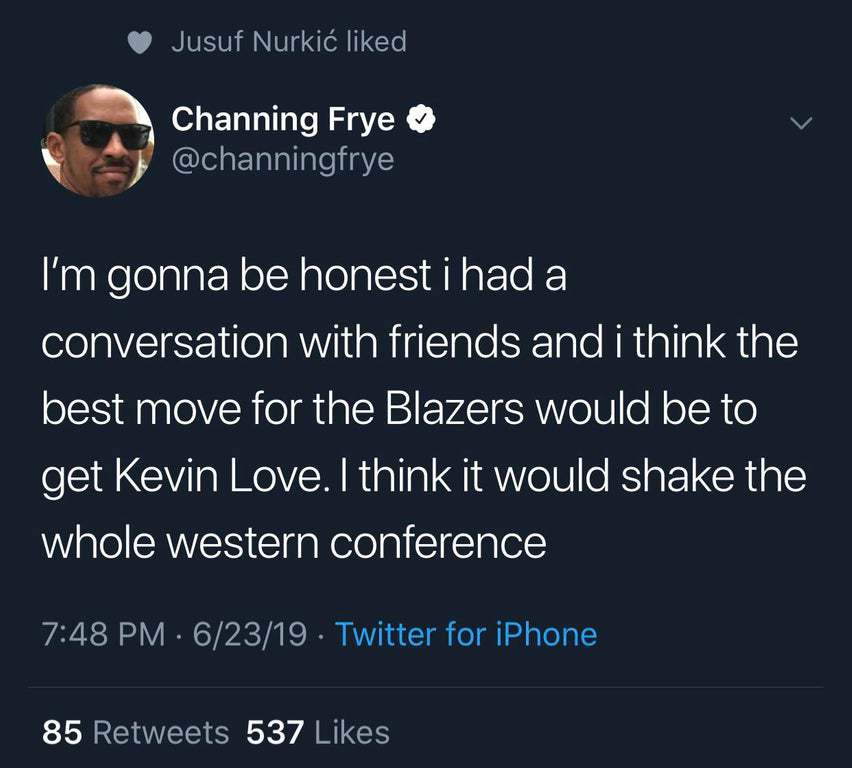 Nurkic would be unaffected by this trade at his position (unless he was involved), as Love would likely play in his natural position at power forward.

A Lake Oswego native, Love would return to familiar stomping grounds in Oregon, a move Blazers fans would be fully supportive of, likely giving the star backcourt of Damian Lillard and CJ McCollum the much-needed frontcourt punch.

Yet pulling off a trade of this kind and keeping the trio of Lillard-McCollum-Nurkic intact would be uber-difficult to pull off, considering the hefty $120 million that are owed to him over the next four seasons.

His market has become even more limited after he missed 60 games last season with a toe injury.

The prospect of trading for a 30-year-old that will make an average of $30 million for the next four seasons is unsavory to most front offices, yet the one spot that could welcome him regardless of the initial results would be Portland, a community that has grown fond of its Blazers players throughout the years.

Yet the front office would have to either be willing to trade one of their stars or risk emptying their bench to trade for Love, a massive risk given his age and recent injury concerns.

Derrick Rose asked brother if it was safe to buy Bentley after signing Adidas deal, max contract with Bulls

Michael Jordan love letter to Amy Hunter auctions for over $25,000