Report: Drew Lock may be considering a holdout with Broncos

The Denver Broncos found their potential future franchise quarterback in Drew Lock during the second round of the 2019 NFL Draft. Unfortunately, it seems there is a good chance he does not make it to training camp.

Both lock and left guard Dalton Risner still have yet to sign their rookie deals. According to Mike Klis of KUSA, they both may have to sit out until a deal gets done:

Negotiations between the Broncos and rookies Dalton Risner and Drew Lock have snagged to the point the team may have a couple second-round training camp holdouts.

The Broncos were convinced that they struck gold in the second round of this year’s draft. They were able to use their 41st and 42nd overall picks to take two key players for the long haul. Regardless, it seems both are looking to get paid for what they bring to the table early on.

Many have already pegged Lock as the future successor to quarterback Joe Flacco in Denver. The expectation is that the Broncos hope to compete with Flacco under center while developing the rookie into a bonafide starter. Given the unpredictable nature of the NFL, Lock could hear his name called much sooner than expected. 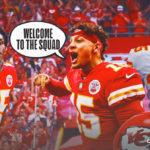 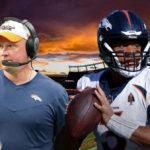 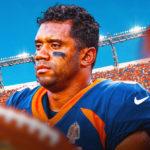 Meanwhile, Risner has already established himself as a starter up front going into training camp. It is clear that he is hoping to be paid like one as soon as possible.

There is no question that the Broncos have plenty of work to do if they hope to get these dominoes to fall by the time training camp rolls around.