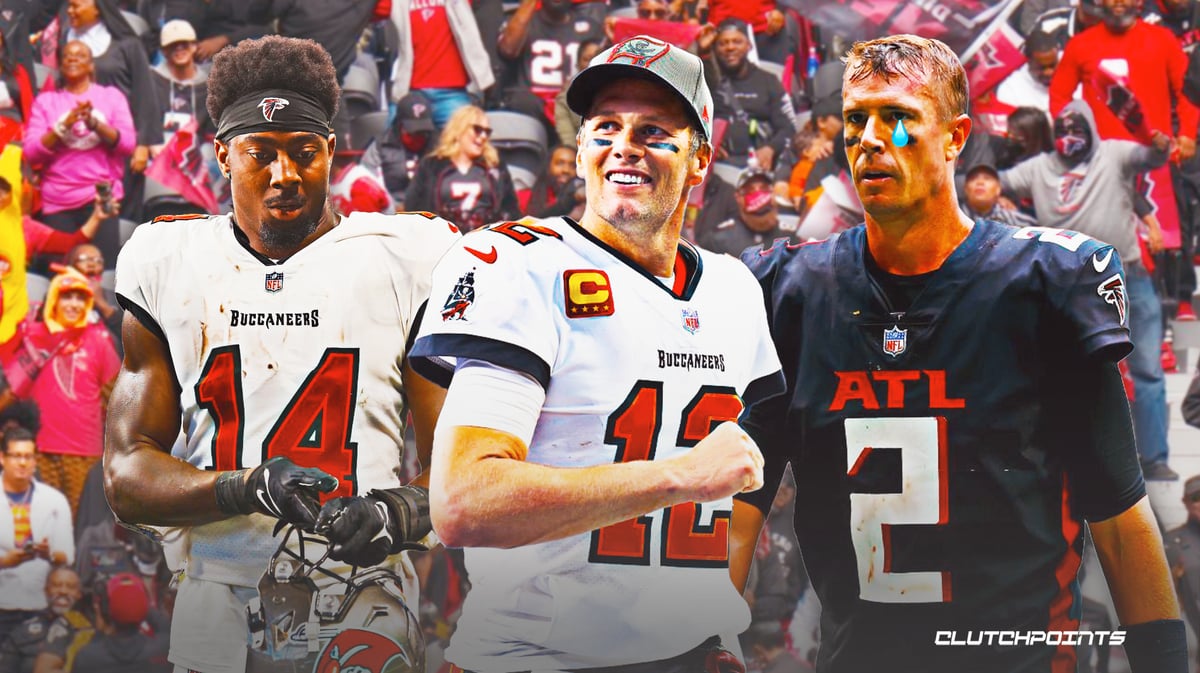 Once again, Tom Brady is breaking the hearts of Atlanta Falcons fans. Per Ian Rapoport, the Tampa Bay Buccaneers are on the verge of signing star wide receiver Russell Gage.

This is a big blow for the Falcons, who already head into 2022 without Calvin Ridley after he was suspended for betting on NFL games. But for the Buccaneers, this is a fantastic signing. They’ve already got numerous lethal weapons out wide for TB12, including Mike Evans and Chris Godwin. Add Gage into the fold and this offense becomes even more terrifying. He’ll slot in as the No. 2 option for Brady until Godwin returns from his ACL tear.

Gage was the main man for the Falcons in 2021 after Ridley left Atlanta, collecting 66 receptions for 770 yards and four touchdowns. The 26-year-old has registered back-to-back 700+ yard seasons. Now he steps into a Buccaneers team who has Super Bowl aspirations and will be very motivated to make a title run after a disappointing exit earlier this year.

The Falcons meanwhile, will need to make some moves to strengthen their receiving corps, whether it’s in free agency or by the draft. This is their current group without Ridley and Gage:

The #Falcons WR room looks like this after the Calvin Ridley suspension and letting Gage sign with a division rival:

Not exactly any notable names. It will be interesting to see just how good Russell Gage can be with a top-tier quarterback like Tom Brady targeting him downfield.