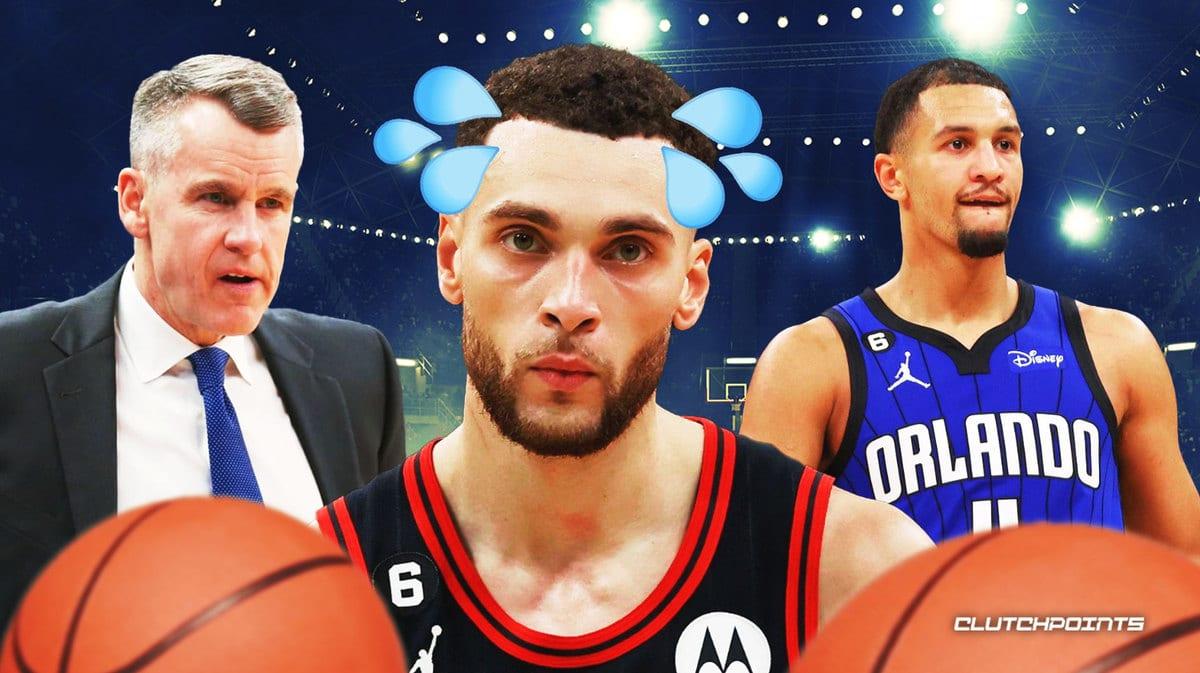 Before the Chicago Bulls took on the Orlando Magic on Friday night, head coach Billy Donovan called out his Big 3 in an attempt to fire up the troops, so to speak. That clearly didn’t work, though, as the Bulls suffered their seventh loss in eight games.

The contest actually went down the wire and it required a game-winning 3-pointer from Magic guard Jalen Suggs to hand the Bulls a heartbreaking 108-107 home defeat. Zach LaVine was a notable absence from the floor late in the game, and following the loss, coach Donovan explained his decision to bench his star down the stretch:

“He had a tough night shooting,” Donovan said, via K.C. Johnson of NBCS Chicago. “I thought that group fought their way back into the game.”

A “tough night” is a complete understatement for LaVine, who scored just four points on 1-of-14 shooting. After seeing how badly he shot the ball during Friday’s game, it would be hard to challenge Donovan’s decision to have his star guard sit out the last few minutes of the contest.

DeMar DeRozan came up big for the Bulls in this one, but not even his 41-point explosion was enough to lead his team to victory. Nikola Vucevic had a noteworthy performance as well against his former team, logging a 14-point, 16-rebound double-double with seven assists and three blocks.

What makes this loss even worse for the Bulls was that Orlando came into the matchup shorthanded. Rookie sensation Paolo Banchero and Cole Anthony both sat out for the Magic as they joined the likes of Markelle Fultz, Jonathan Isaac, and Moritz Wagner on the sidelines.