Hall of Fame point guard Maurice Cheeks is set to join the Chicago Bulls as an assistant under head coach Billy Donovan, according to a report from Shams Charania of The Athletic.

Cheeks, now 64 years of age, has a fair amount of experience in this field. The Chicago native was previously serving as an assistant with the Oklahoma City Thunder. He’s also served as a head coach in the past (Portland Trail Blazers, Philadelphia 76ers, and Detroit Pistons). It’s also worth noting that Cheeks has been an assistant for Donovan in the past.

“Obviously, there are staff members there that are still with the Bulls,” Donovan said in October, via the Chicago Sun Times. “I also think the other piece of it, too, with our staff is how we build out the best staff that I can work with and that can work with me, work with Arturas.

“So that’s something we’re certainly going to look at from top to bottom, not only maybe around the league but certainly the coaches that are in Chicago right now.” 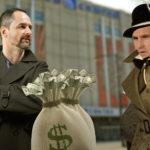 Donovan and his new staff members will now set out on improving the team’s standing from last season when they finished with a 22-43 overall record. A lot of decisions will still need to be made, as the Bulls have the No. 4 pick in the upcoming draft, and free agency is looming on the horizon.

For now, we’ll have to wait and see how the Bulls fare with Cheeks on their coaching staff.