Rajon Rondo reunion with Celtics? Kendrick Perkins makes the case for it

Former NBA veteran Kendrick Perkins has argued to bring back point guard Rajon Rondo to the Boston Celtics amid the team’s struggles as of late. He claimed that his former teammate isn’t doing well with the Atlanta Hawks and that the Celtics would make good use of his services for the remainder of the season, via NBC Sports Boston.

Which former Celtic does @KendrickPerkins want to see back in Boston?

"Rondo is not fitting in well in Atlanta. Bring Rondo back home!" pic.twitter.com/10vy0TRjxh

Boston currently owns a $28.5 million trade exception stemming from the sign-and-trade deal of Gordon Hayward with the Charlotte Hornets. The team can use it to acquire the salaries of multiple players without giving up a player from their lineup.

After a successful championship run with the Los Angeles Lakers, Rondo decided to pursue a change in scenery and opted to sign a two-year, $15 million contract with the Hawks as an unrestricted free agent. He was acquired in a bid to serve as a veteran leader for a young Hawks side that was eager to speed up their rebuilding cause.

This season, Rondo didn’t get to have much control of the ball with the Hawks as point guard Trae Young remains to be their primary ball-handler on offense. He only started two out of 17 total contests where he is currently averaging 3.8 points, 2.2 rebounds, and 3.6 assists through 15.3 minutes played. 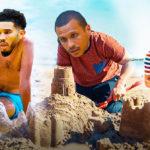 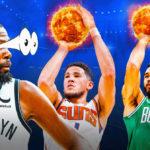 Rondo’s veteran experience will definitely come in handy for the Celtics who are primarily banking on the production and leadership of their young All-Stars in Jayson Tatum and Jaylen Brown. Though their lineup will become smaller, Perkins claimed that Rondo’s playmaking will make up for his lack of size and will ultimately allow the Celtics players to get easier looks on the floor.

Given the circumstances of both sides, Rajon Rondo’s potential return to Beantown will definitely be an intriguing thought leading up to the league’s trade deadline next month.