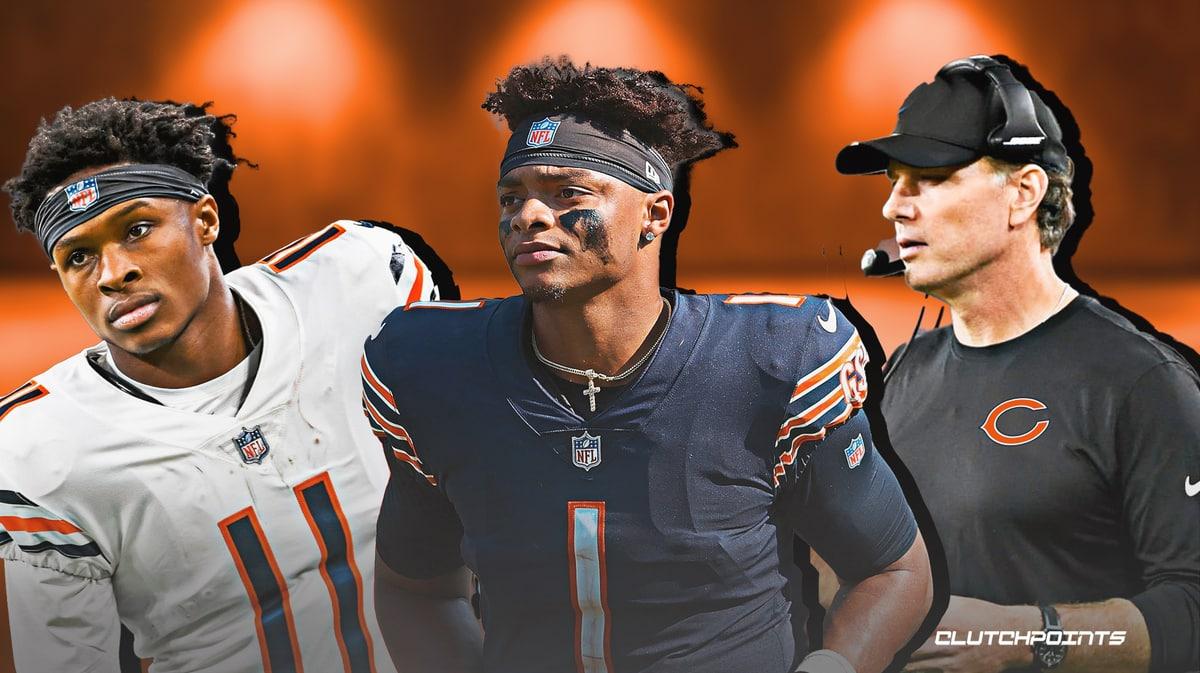 The Chicago Bears will be hoping to make some significant strides in Year 2 of the Justin Fields era. Ryan Poles is looking to implement his own vision into this team, which will make the 2022 NFL Draft critical for the rebuild. Chicago has plenty of needs on the roster, on both sides of the ball, but it may prove difficult to fill those voids with NFL-ready talent considering the team lacks a first-round pick. With that in mind, we’re set to dive into some Bears’ predictions for the 2022 NFL Draft.

Some key areas of concern for Chicago come in the secondary, wide receiver, and on the offensive line. Their lack of a first-round pick will prevent them from landing any of the draft’s top offensive linemen, but they could still land a solid addition to the trenches, while also strengthening other weaknesses.

There’s also a chance that Poles tries to work out a trade to jump back into the first round and land a top-tier talent while sacrificing some future capital. Many options remain available for the Bears, but without a first-round pick, they may miss out on some game-changers.

For insight and predictions on the 2022 NFL Draft, listen below:

Here are our Bears predictions for the 2022 NFL Draft.

Bears Predictions for the 2022 NFL Draft

As it stands, the Bears’ top wide receivers are Darnell Mooney and Byron Pringle. While Mooney and Justin Fields displayed solid chemistry in 2021, neither of the aforementioned wideouts inspires much confidence in being the WR1 of a playoff contender. Well, if the Bears truly want to surround Fields with additional weapons, going in on a wide receiver as soon as they’re able would be a strong move. Players that would make sense around the 39th pick would include Skyy Moore from Western Michigan, Christian Watson from North Dakota State, or perhaps even John Metchie from Alabama.

Adding another weapon to help with the development of Fields, and the offense as a whole, has to be atop Chicago’s list of priorities. Grabbing a playmaker in the second round seems like a surefire way to get another trusted weapon in the mix for Fields alongside Mooney.

2. Bears trade up and draft an OL

The Bears have a clear need on the offensive line and there are certainly some intriguing names in this year’s class. Most of the truly eye-catching offensive lineman prospects, such as Evan Neal, Ikem Ekonwu, and Trevor Penning, figure to be selected in the first round. That would effectively prevent the Bears from having a chance at any of those guys, barring a blockbuster trade into the top part of the draft, one which may prove too costly.

That doesn’t rule out the possibility of the Bears moving up into the second half of the first round and looking to grab a quality offensive lineman then. There are still a handful of talented offensive linemen expected to be picked in the late-first round, and the Bears could try to take advantage of that with a deal to get themselves on the board 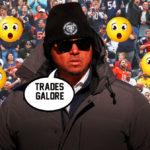 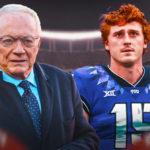 While the secondary is certainly an area of need in Chicago, and cornerback in particular, without a first-round pick the Bears will likely need to use their early draft capital to focus on more pressing areas of concern. Unless a player the team is sky-high on falls into their laps in the second or third round, we’re expecting Chicago to wait until Day 3 to pick up some depth for the secondary. There is typically some late-round talent available on the defensive side of the ball, and the Bears will likely be honing in on a few guys they’re willing to roll the dice on with a late pick.