There has been much speculation as to which team Dwyane Wade will join or if he’ll end up staying with the Miami Heat. One of the rumored destinations is the Cleveland Cavaliers, and even the city’s baseball team is getting involved.

Yesterday, rumors swirled about a meeting involving Wade, Cavs owner Dan Gilbert, and LeBron James in a private plane. More fuel was added to the fire when Mr. and Mrs. Wade followed the Cleveland Indians on Twitter.

Cleveland’s MLB team responded hilariously by changing their bio after following him back: 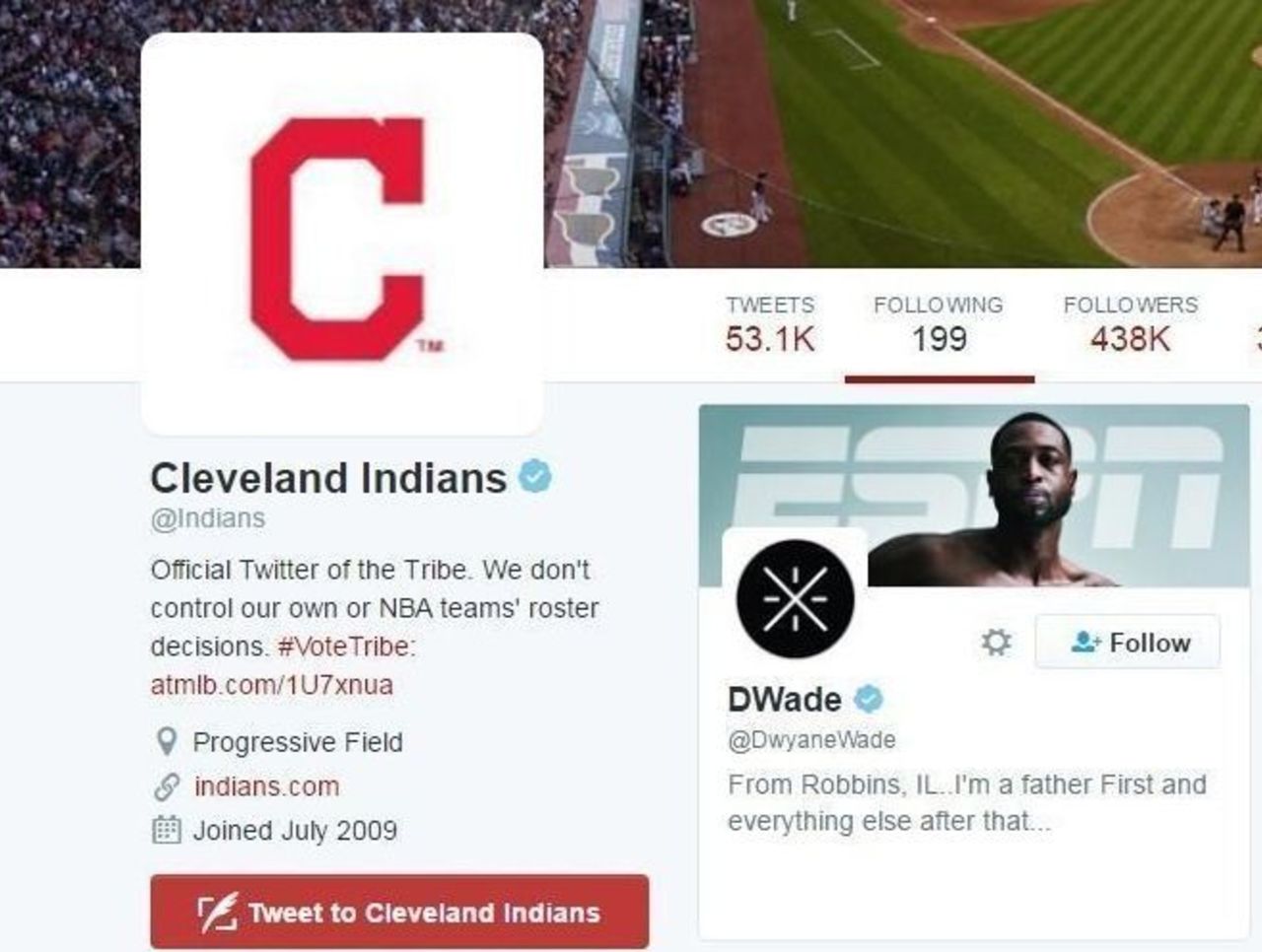 This is not the first time they’ve had fun with an NBA star. Just last November, the Indians’ Twitter account playfully invited Kobe Bryant to join them in Spring Training.

Derrick Rose asked brother if it was safe to buy Bentley after signing Adidas deal, max contract with Bulls