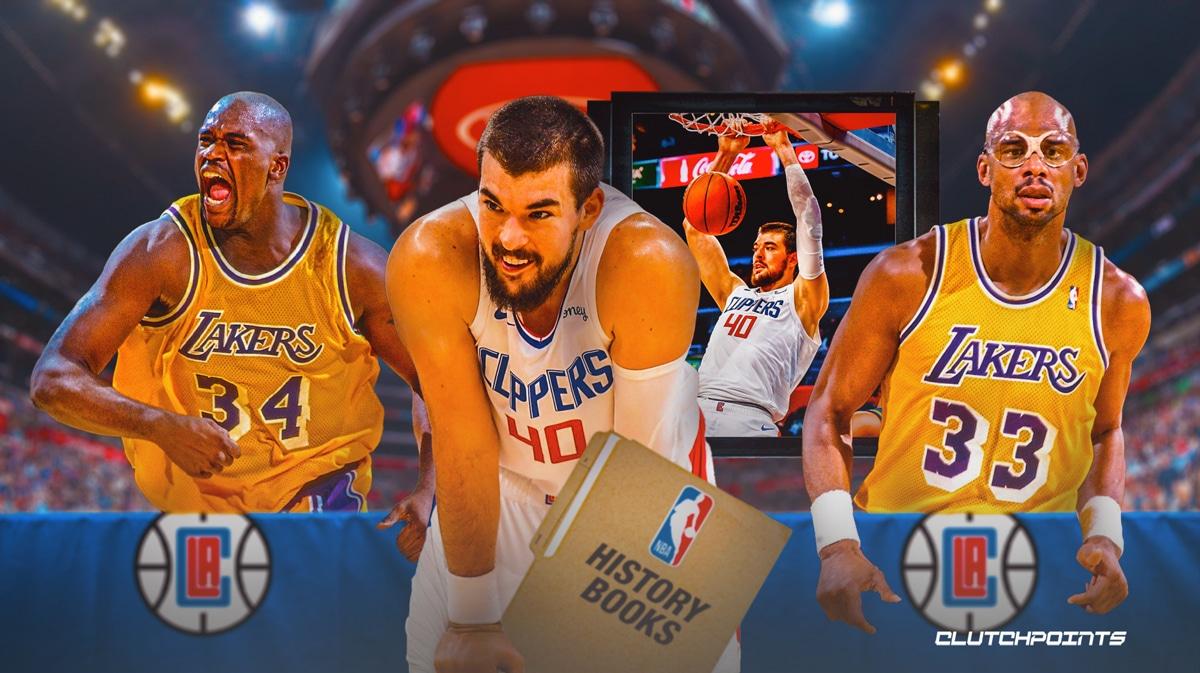 LOS ANGELES — When Ivica Zubac awoke Sunday morning, he was hoping to kick off his day with a World Cup win for his Croatian National Team followed by a win for his Los Angeles Clippers. Croatia had yet to win a match in group play and the Clippers were coming off a two-game losing streak where neither game was particularly close.

The results he got were better than anyone could’ve imagined.

This came just hours after Croatia defeated Canada 4-1 in their second game of group play, taking over the top spot in Group F.

“The win,” Ivica Zubac said of his favorite part of the day. “Just getting the win. We needed this one. We lost our last two. Our defense was not great in the last two. We gave up a lot of points. Messed up a lot on our coverages in the last two games. Didn’t talk out there. So getting back to who we are, getting stops, talking on defense, having a backup for the next guy.

“Getting a win was important with a tough back-to back coming up on the road. This was a big one for us.”

Ivica Zubac on joining greats like Kareem and Shaq with his 31-point, 29-rebound game. pic.twitter.com/Csw43oxXKw

Zubac had 16 points and 15 rebounds at halftime, on pace for a 32-point, 30-rebound performance. As he threw down every dunk and pulled in seemingly every rebound, fans began sensing what was possible. With 3:46 to go in the fourth quarter, he knocked down two free throws to give him 31 points, but still needed one final rebound to seal the deal.

Unfortunately, Zubac would pick up his sixth and final foul six seconds later defending a drive by TJ McConnell. Zubac checked out after a dominant performance with his Clippers leading 104-85, and yet you’ll never see an entire arena — from the players on the court and the teammates on the bench to the fans in the stands and even arena employees — in unison booing what they just witnessed.

Ivica Zubac was at the forefront of those frustrations, acknowledging he really wanted to reach the incredibly rare 30-point, 30-rebound plateau.

“I was mad. I was mad at myself because I wanted to get that 30-and-30 so bad and I just needed one rebound. It hurts. I’m definitely not as happy as I should be. I was just mad at myself for getting that foul. First off, I didn’t think it was a foul, so I was mad at that. But every time I see someone trying to get a layup, I try to block it. It’s who I am.”

A standing ovation for Ivica Zubac, who fouls out with 31 points, 29 rebounds, 3 assists, and 3 blocks pic.twitter.com/wMJNT5tjO9

This season, that’s exactly who Zubac has been. The seventh year big man is currently fourth in the NBA in defensive field goal percentage, allowing opponents to shoot just 45 percent when he’s the primary defender on the shot attempt. That’s behind only Kevin Durant, Kristaps Porzingis, and Brook Lopez. Zubac is also fourth in the league in total blocks, first in total rebounds, and fourth in offensive rebounds.

“I’m trying to do my job,” Ivica Zubac said. “I’m trying to be the best I can defensively and trying to help the team on defense as much as I can. If that means being in the [Defensive Player of the Year] conversation, then yeah. But I want to contest every shot at the rim. I don’t want teams to have easy shots at the rim.

“If you’re playing the Clippers, I don’t want anyone to have anything easy at the rim.”

Clippers coach Tyronn Lue was certainly more content with Zubac’s defense in the win, but with the Clippers up 104-85, wanted his guy to let McConnell go and score the basket so he could have another chance at the 30th rebound.

“Guys were telling me about it,” Lue said with a smile. “He should’ve just let him go. He shouldn’t have fouled him.”

Maybe the Clippers need to play on more days that Croatia plays in this World Cup because the results are incredible thus far. 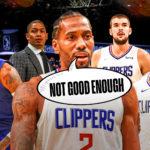 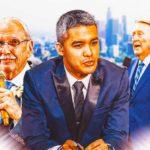 Zubac, who wore a custom No. 40 Croatia football kit — or jersey — to the game ,says the 4-1 victory earlier that morning certainly played a part in his motivation.

“The game this morning inspired me to help us win,” Ivica Zubac added postgame. “Woke up a little earlier than usual and watched the game. We needed this one today. Glad we got it. Now we got to beat Belgium and we go from there.”

He’s not one for superstitions, but Ivica Zubac will certainly be wearing the jersey again as the Clippers head on the road, and possibly longer.

Something to note from Sunday’s game: Moses Brown played all of the non-Zubac minutes. It’s the first time all season Tyronn Lue refused to play small ball, as he has gone on record with his disgust for any small-ball lineups that don’t involve Kawhi Leonard and Paul George.

Ivica Zubac’s next chance at a 30-point, 30-rebound performance comes Tuesday against the Portland Trail Blazers.