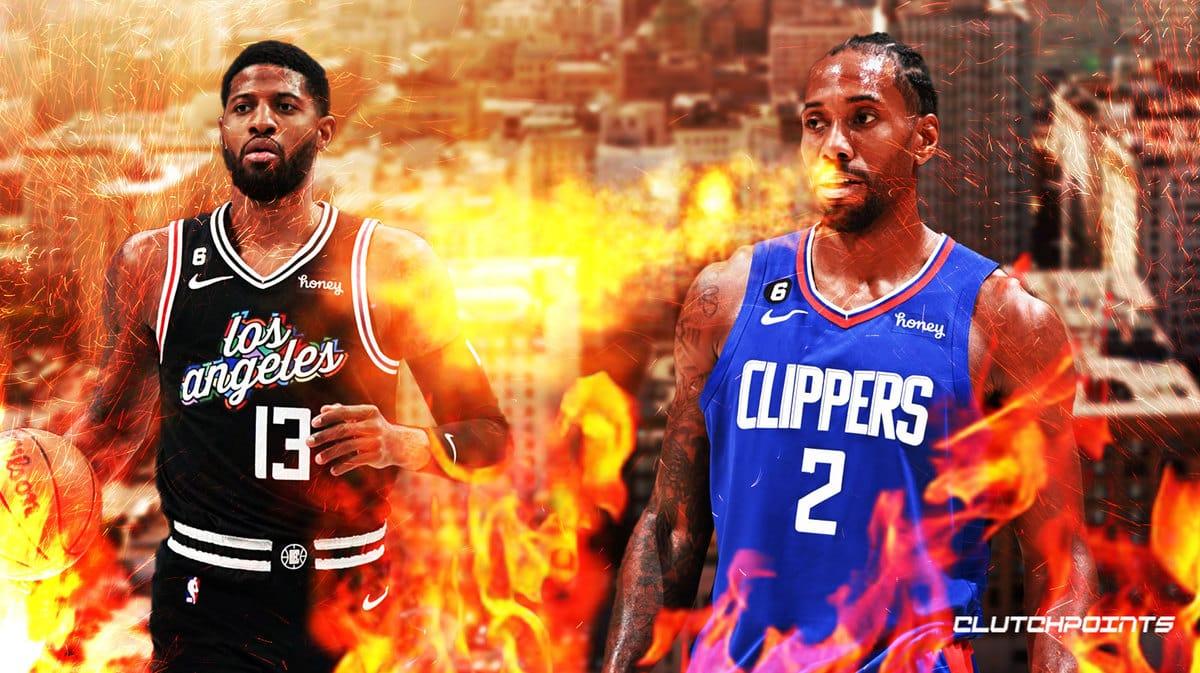 LOS ANGELES — The Los Angeles Clippers started the season with a 2-4 record, with Kawhi Leonard playing in only two of those games. Despite picking things up both offensively and defensively, the Clippers are still struggling to play the brand of basketball we’ve gotten accustomed to seeing under head coach Tyronn Lue.

Leonard made his return on Thursday night against the Detroit Pistons. He played just 25 minutes as a starter, scoring six points, grabbing five rebounds and dishing out four assists. While the Clippers won, 96-91, it was an otherwise ugly game with lackluster defensive possessions.

“I feel like we need to be better at everything — out of timeouts, defensive rotations, definitely the offensive end,” Leonard said after the Clippers win. “We gotta start getting better shots and, um, just everything I feel like we’re behind and we need to start focusing up and this push.”

To be fair, one of the reasons the Clippers have struggled is because of their best player’s lack of availability. Once Leonard is back in the full swing of things, Lue can better implement what he wants on both sides of the floor.

“Not yet, but it’s coming,” Tyronn Lue said when asked if he’s been able to coach the Clippers the way he’s wanted to. “It’ll happen. Like I say, guys being in and out. It’s tough. It’s part of the whole league. We’re not the only team going through it. So it’s part of the game, and we’ve got to adjust as we go.”

“Yeah, that was too nasty,” Lue explained, “Yeah I didn’t like it. I mean, you got the best player, you look down sometimes the game’s going for so long you forget and then, you know, B Shaw come and tap you on your shoulder, you know, six, seven minutes go in the second quarter and you be like, ‘Oh, Kawhi’s ready.’ Oh, I forgot — because the game’s going. You know, so you kind of just, you know, reading the game in the flow of the game and so, you know, I just thought the best thing for us and to establish a rhythm, getting our rhythm down to start him would be best.”

Leonard wasn’t the only player who was critical of how the Clippers had been playing. Paul George joined the club postgame.

“It’s a little bit of everything,” George said. “We gotta attack better, we gotta screen better, we gotta be more aggressive. We gotta shoot the open ones. I think a lot of it is we’re passing up opportunities sometimes. You look at every opportunity that we can to get a three, I think we’re kind of falling short of that. To be honest, we could do a little bit of everything better. I think the 3s that we have taken, kind of have been some tough ones.

“I think we just, we gotta trigger, we gotta make better triggers. Two years ago, we did a great job with triggering rotations and playing in the paint and kicking the ball out for open 3s. I think we gotta get back to that. Gotta find a way to get that. But obviously we can be doing a lot of things better offensively.”

The Clippers are far from perfect at this stage of the season. The most intriguing part is that no one else has really figured it out yet, either. The Clippers, with their 9-7 record, are just 1.5 games out of the first seed in the Western Conference, and that top spot is currently owned by the Portland Trail Blazers.

The Clippers will have a chance to develop some rhythm and continuity as four of their next five games are all at home, with their lone road game coming in San Francisco against the Golden State Warriors.