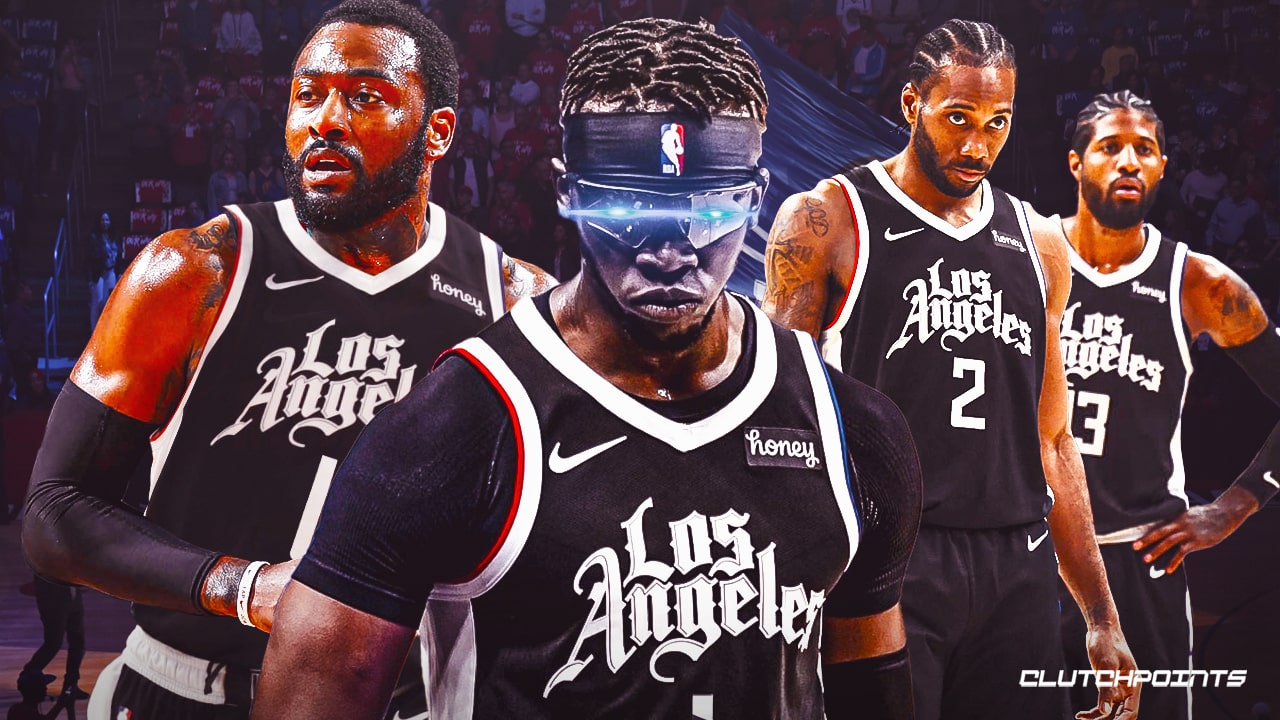 LAS VEGAS – If the LA Clippers are going to do something special this season, it’s going to take everybody being on the same page and a little luck. Through three seasons of the Kawhi Leonard and Paul George era, the Clippers have really struggled with the latter. Reggie Jackson is wants this to be the year the tides turn in their favor, and he’s hoping John Wall can help..

The Clippers have amassed one of the most talented rosters in the NBA, and easily the best team the franchise has ever had on paper. With George healthy and Leonard expected back for the start of the 2022-23 season, the team has championship aspirations unlike its ever had before. The biggest addition of the offseason comes in the form of Wall.

A five-time NBA All-Star, John Wall joins the LA Clippers after sitting out the entire 2021-22 season and playing just 40 games in the last three years. He’ll join Reggie Jackson as the veteran point guards on the team, and the two will battle it out for the starting spot in training camp, Clippers head coach Tyronn Lue told ClutchPoints.

Jackson was the starting point guard for the Clippers during the 2021-22 season and was probably their best player. From ‘Big Government’ bail-out shots to end a scoring drought to game-winners, Jackson did it all for Los Angeles as it dealt with injuries to Kawhi Leonard and Paul George.

So how does Jackson feel about the addition of John Wall?

“Everybody knows what John’s capable of,” Reggie Jackson tells ClutchPoints in an exclusive interview. “Shoot, if we can just get 85 percent of what John is, we’re getting quite a steal.”

John Wall and Reggie Jackson they joined some of their Clippers teammates in Las Vegas for group as well as individual workouts. In addition to working out and supporting the Summer League Clippers, Wall and Jackson were able to connect off the court.

Reggie Jackson out here talking and supporting the Clippers 👏🏽🔥 pic.twitter.com/wUqZlGGIgs

“Actually been out here, got to see [John Wall] the last couple days, hopefully he can bounce back and be fully healthy,” Jackson added. “We know injuries derailed his excellence and everything he’s done, so for the last few years, it’s been tough for him in that aspect.

“It’s just exciting to see him, getting to chat with him. You can see his energy’s picked up. I think he’s happy to be on a roster again, getting to go out there and do what he does and what he loves to do so it’s been good just to be around.”

When the news of Wall’s intention to join the Clippers came out, some fans pulled out the receipts. Back in July of 2015, then-Washington Wizards’ point guard attended NBA Summer League, where he was asked about the new contracts being signed around the NBA following the new CBA. In his comments, Wall happened to name Reggie Jackson in what appeared to be a slight at the former Detroit Pistons point guard.

“Man, everybody talking about me getting $80 million and you got people getting $85 and $90 million that ain’t been an All-Star or anything like that,” John Wall said during a Wizards Summer League game back in 2015. “I guess they came in at the right time. The new CBA kicked in at the right time. That new CBA kicked in and they’re good now. Like, Reggie Jackson gets five years, $80 [million]. Like, I’m getting the same amount as Reggie Jackson right now.”

Jackson never publicly responded to those comments, and many people thought there could be some issues with the two guards now that they’re on the same team. Now, Reggie is here to let everyone know the two are cool and focused on the common goal.

“It’s not really that big of a deal,” Jackson explained with a shrug of the shoulders. “We’re teammates [now]. We were young, it was a comment. He probably used it as a flame to play when you’re younger, but it’s been all welcome from both parties since he’s gotten here. We’re just all about doing something special.”

The get-together obviously brought on great memories for the players themselves and Clippers fans. Many reminisced on the great three-to-four year stretch the team has had since the end of the Lob City era. Patrick Beverley and Lou Williams helped bring tenacity and joy to Clippers fans who had longed for it every playoff disappointment from 2012 to 2017.

That eventually resulted in the additions of Kawhi Leonard and Paul George, but it also eventually meant moving away from Beverley and Williams. Some fans still wonder what it could’ve been like if the team found a way to retain fan-favorite Beverley or if the team didn’t trade away Williams for three disappointing months of Rajon Rondo.

August will present Jackson and the Clippers with likely their final chance to seriously rest. The team will then shift its attention to the 2022-23 NBA season, which is all but a championship or bust season that’s expected to end no earlier than June of 2023.

“I think we’ve had some special years,” Reggie Jackson acknowledged to ClutchPoints. “The last couple years have been fun. The front office has been doing a great job of acclimating as much as time as we can. I think we have the best coach in the league, like I always say, in Tyronn Lue, so he’s gonna find a way to make it all work. I think when things are all good, we all have one goal in mind and that’s to try to be the ones that’s the last ones standing.”

Without Kawhi Leonard and an unfortunately-timed COVID case passed to Paul George, the Clippers fell to the New Orleans Pelicans in the play-in tournament. No playoffs. Not even a chance to get guys back.

Leonard has been in the gym working out preparing for the season. Clippers head coach Tyronn Lue says he’s not sure if the two-time NBA Finals MVP is playing five-on-five basketball yet, but as of NBA Draft night, President of Basketball Operations Lawrence Frank said he was not. The assumption is both Leonard and the team belt no rush to get him into five-of-five action with the season months away.

From the high school days in empty gyms just trying to make a way for their families this runs deep. Year 10 and year 12 on the way so damn proud of them. Nothing like being in the lab with the family 🤙🏽🏁. #CPSA #TMC pic.twitter.com/l8qDWgY06T

In working out with Kawhi over the last few weeks, Jackson says he likes what he sees.

“Yeah, I got to see Kawhi [work out]. In terms of things that he was doing at the end of the season, working out once again, lifting, joking around, just being around him, being in a little camp with him in San Diego, so just got together. Whenever I can see him shoot a free throw, it’s a good sign for me, so I’m just happy to see the guy’s feeling good, looks like.

“Just always when you get around the group, the camaraderie we got is amazing. I just enjoy being around our guys.”

If this Clippers team is able to stay healthy, they’ll have a good shot of playing well into May and even June. Their front office has assembled a team that is deep at all of the key positions. The older and more injury-prone players on the roster will be rested methodically throughout the season with the ultimate goal of having them available for the playoffs.

The Clippers were well on their way to competing for the NBA Championship in the 2021 playoffs if not for an unlucky step by Leonard. Reggie Jackson just wants a chance for this team to be healthy and show what they can do.

“We just gotta stay healthy. Stay healthy, let time run it’s course, and we’ll see where we’re at at the end. I just want to have a great year where guys stay healthy. As long as we can do that, then I can live with the results.”