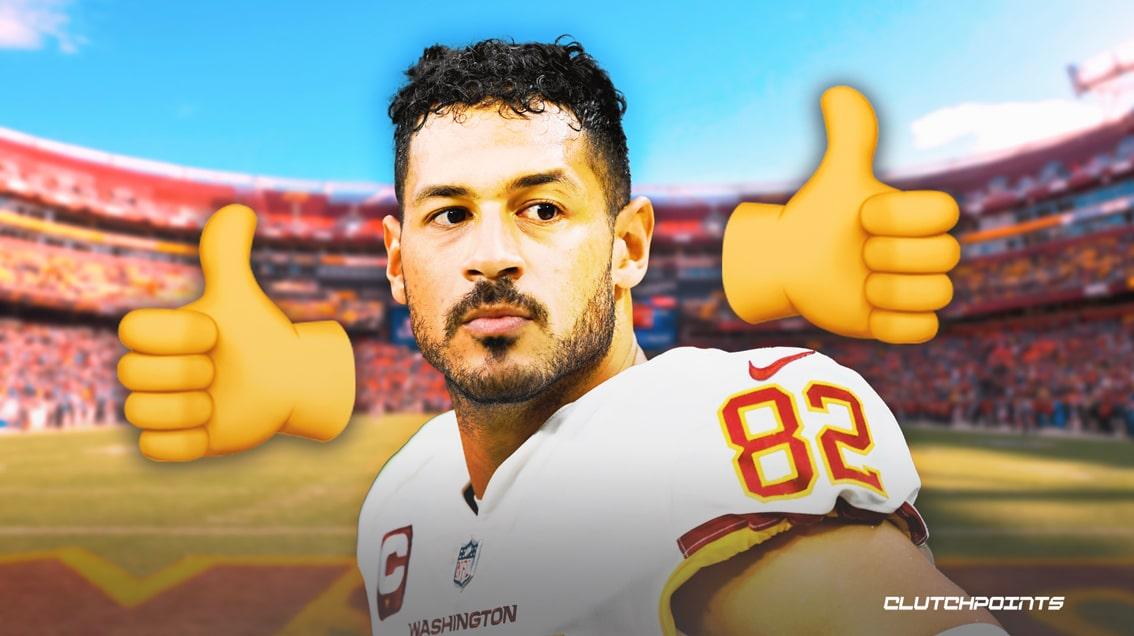 As the NFL season inches closer, teams are beginning to make some necessary roster adjustments. The picture is being painted for what each roster will look like as players shift across injury reports and teams look to trim down their roster to 53. The Washington Commanders recently received great news surrounding one of their standout players as Logan Thomas was activated off the PUP list. This is great news as he appears ahead of the recovery timeline after sustaining a serious knee injury last season.

The #Commanders have activated TE Logan Thomas off the PUP list. He’s back and ready to practice today just over eight months after suffering a torn ACL, MCL and meniscus. Really good news for Washington.

When he is on the field he has shown some real positive flashes but Logan Thomas is no stranger to being injured. Through the six seasons he has spent in the NFL, Thomas has played a full season just twice. He played in just six games last year where he tallied 18 receptions for 196 yards and three touchdowns. The 31-year-old missed six games in the middle of the 2021 season before returning to the field. He suffered a serious knee injury in just his second game back as he was awkwardly chop-blocked in the matchup with the Raiders.

The All-22 replay of the Logan Thomas injury does not make it look any better. Ngakoue spots the sift block early and holds his position instead of working down the line to close the gap. Then goes very low. pic.twitter.com/mepj1rZvXY

As long as he can remain on the field there are high expectations for Logan Thomas in 2022. The Washington franchise has been trending in the right direction since Ron Rivera took the reigns as head coach prior to the 2020 season. The team went 7-10 last season and has increased hopes for the upcoming season. Carson Wentz is set to take control as the starting quarterback and has traditionally leaned heavily on his tight ends. Look for Thomas to shake off some rest before the start of the season and establish himself as a key part of the team’s offense moving forward.