Dustin Poirier exacted his revenge on Conor McGregor, knocking out the Irishman in the main event of UFC 257 on Saturday. After a competitive first round where both lightweight contenders had their moments, it was The Diamond who got his groove early in the second.

The finish came at the 2:32 mark of the second round, as Poirier unleashed a beautiful combination that dropped The Notorious. A right-handed straight eventually got the job done, with Poirier unleashing a violent furry on his downed opponent. Referee Herb Dean has seen enough and put a stop to the fight, giving Poirier the TKO victory.

After Saturday’s result, Conor McGregor and Dustin Poirier now each hold one knockout victory over the other. It was the Irishman who emerged victorious in their first encounter at Featherweight back in 2014, needing just one round to dispose of his rival. Poirier, himself, acknowledged post-match that they are now even and might have to set up a grudge match in the near future. 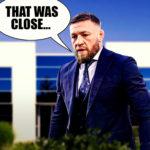 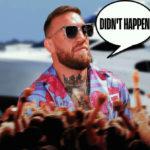 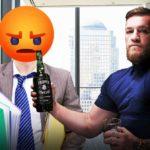 The win improved Poirier’s record to 27-6, while McGregor–who was coming off a one-year lay-off–dropped to 22-5.

For what it’s worth though, Conor McGregor was set to take home a bigger purse compared to Dustin Poirier, as he has a disclosed pay of $5 million plus a share of pay-per view earnings.