Chicago has endured a disappointing past couple of seasons. They have gone through a rebuild that has seen them trade stars such as Kris Bryant, Anthony Rizzo, and Javier Baez. But it appears that the Cubs are headed in a more aggressive direction. They are looking for a franchise player in free agency, and one of these shortstops could fit the bill.

Each player would profile well in Chicago. Trea Turner has emerged as a true superstar over the past few years and would energize the fan base. The Cubs would benefit greatly from signing a player such as Turner. Carlos Correa is another option who could step in and lead the franchise.

Dansby Swanson and Xander Bogaerts would be slightly less expensive (most likely) pieces for Chicago. However, Bogaerts has the talent to compete with the top shortstops in the game. 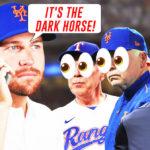 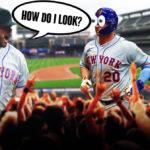 The Cubs are still a long ways away from featuring a World Series bound roster. But it seems as if they are following the Texas Rangers plan of attack. The Rangers, despite struggling, signed star shortstop Corey Seager along with Marcus Semien last offseason. Although Texas did not make the playoffs in 2022, they built a foundation for the future.

Chicago could sign two of these shortstops and move one of them to second/third base. But the odds of that happening are slim. Nevertheless, inking one of these players will change the dynamic of the Cubs franchise for years to come.