The upcoming Cyberpunk 2077 DLC expansion Phantom Liberty will not be a free one, according to CD Projekt Red.

In a comment given to GamesRadar, CDPR Global PR Director Radek Grabowski said that “as for the expansion’s pricing, we have not revealed exact details yet, but it will be a paid one.” Players shouldn’t be surprised by this move, as CDPR did the same thing with The Witcher 3. Its two expansions, Hearts of Stone and Blood and Wine were both not free, costing $10 and $20 respectively. Not only that, but other games do the same thing. Monster Hunter Rise, for example, has Sunbreak. In the same way, Monster Hunter World has Iceborne. However, unlike those Monster Hunter where the expansions cost almost as much as the games, CDPR said that it won’t be that expensive. 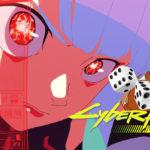 Cyberpunk Edgerunners is getting its own game 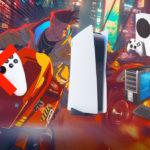 According to Grabowski, “our expansions are traditionally cheaper than full-price games”. We actually see this in The Witcher 3, which costs $39.99, compared to its two expansions. However, Phantom Liberty will also be Cyberpunk 2077’s only DLC. This means we’ll have to look forward to the sequel in the works once players finish it. Of course, that doesn’t mean we won’t get new things in Cyberpunk 2077. After all, when Edgerunners came out, it gave the game new skins, weapons, missions, and the like.

Either way, players who want to play this DLC can start saving as early as now. Phantom Liberty comes out in 2023, although CDPR has not given any other details regarding its release. If you want to know more about it though, you can head over here.