Keep Or Sell ‘Em: The Deandre Ayton rookie card gamble amid the rise of the Suns

It’s safe to assume that almost everyone didn’t expect the Phoenix Suns to be this good in the playoffs. After finishing with the second seed in the regular season, they have managed to keep up their impressive streak into the Western Conference Finals. While the obvious suspects for their incredible run are Chris Paul and Devin Booker, Deandre Ayton is one of the names that deserve credit as well.

The 6’11” big man from the Bahamas has often been overlooked by his fellow 2018 Draft Class members, such as Luka Doncic and Trae Young. Even other names like Shai Gilgeous-Alexander and Michael Porter Jr. are seen as better prospects than Ayton. But as fate would have it, the top pick is proving his detractors wrong in his first playoff appearance. We take a look below whether investing in Deandre Ayton rookie cards is worth it or not.

Ayton’s Third Year In The NBA

With the league focusing more on dynamic guards and versatile wings, the need for traditional big men was gradually reduced over the past few years. This was a big challenge for Ayton since he entered the NBA and it’s one that he’s overcoming this season.

With the arrival of Paul to orchestrate Phoenix’s offense, Ayton would serve as the point guard’s partner in the pick and roll. At the same time, Ayton would develop his defensive skills, which will help him extend his coverage to the perimeter area. The areas that developed well this year caused the center to be more effective on both ends of the floor.

Ayton’s progress was on full display during Phoenix’s series against the Los Angeles Lakers and Denver Nuggets. In the 10 games he played against these two teams, Ayton averaged 15.2 points on 71% shooting from the field and 10.6 rebounds per contest.

Perhaps the most surprising performance Ayton had was the first three games Phoenix played against the Lakers. In those contests, the Suns’ center scored an average of 21.7 points by efficiently hitting 82% of his shots from the field. He would also play well in his matchup with Nikola Jokic by averaging 14.3 points on 61% shooting from the field against the MVP this year.

Even with the attention focused on Booker and Paul, Ayton’s progress this season has not gone unnoticed. Proof of his development is how where Phoenix is right now in the playoff picture. With the big man proving his worth on the court more than ever, Ayton’s ceiling has gone higher than what everyone initially expected.

Much like his on-court performance, Ayton’s stock in the card market is on an upward trend. At the end of May, his PSA 10 Prizm Silver rookie card was valued at $231 on eBay. This week, the price for his gem-mint slab has gone up to $299. The increase in value coincided with Ayton’s respectable performance these past few weeks as Phoenix advanced to the Western Conference Finals. 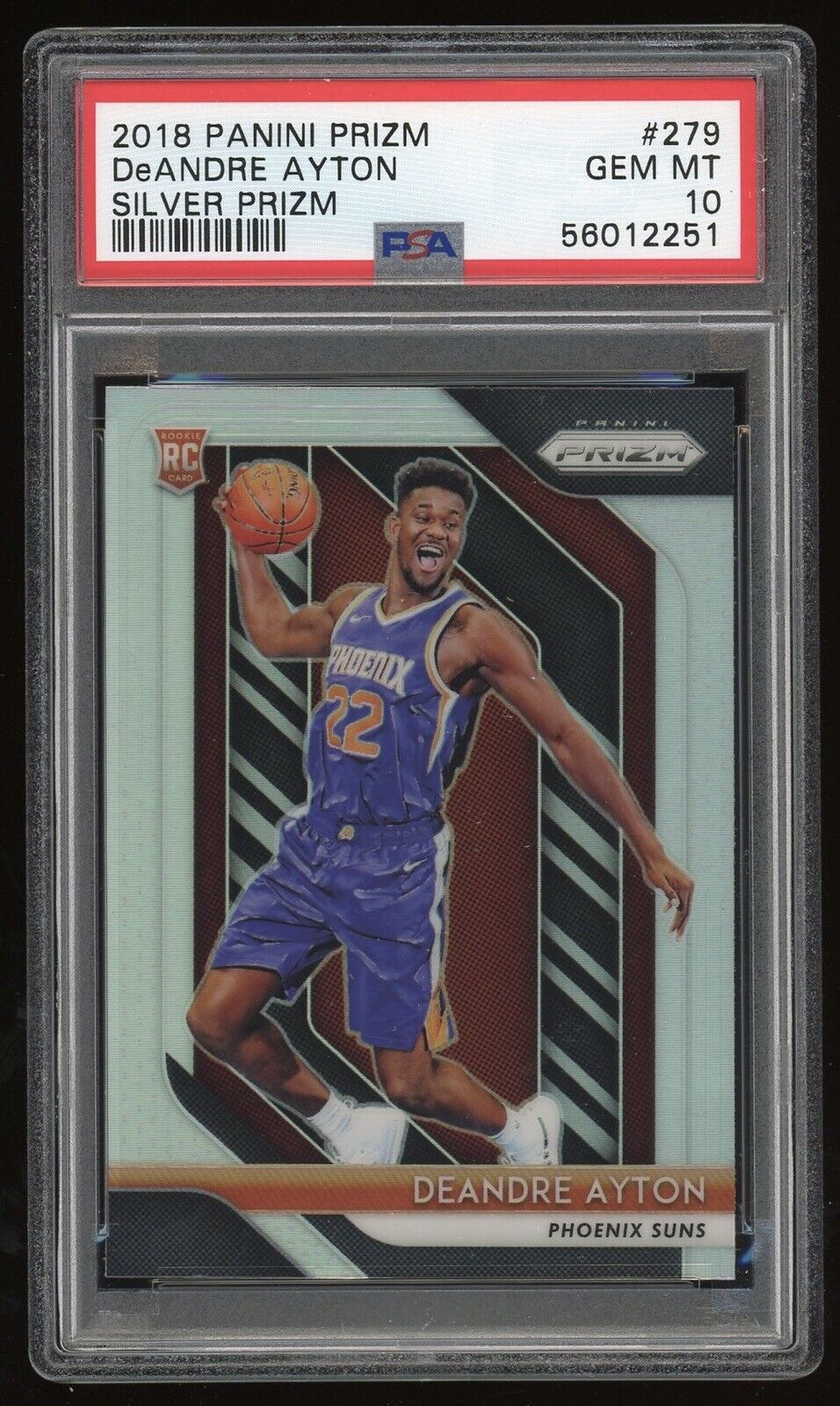 As evidenced by the numbers and his prices in the card market, Ayton is a safe player to invest in. The thing is, his value is on an upward trend right now. It would be wiser to wait for the offseason for a much better deal, in anticipation of another leap he can potentially late this year. In any case, Ayton is an exciting player card fans can rally around down the line.