Back on June 16, 2010, the Los Angeles Lakers hoisted the Larry O’Brien Trophy once again with the storied franchise winning back-to-back NBA titles resulting in hanging a 16th championship banner at the Staples Center.

With the 10th anniversary of the team’s last title approaching, we reached out to members of that Lakers squad that went to three straight NBA Finals winning two out of three against Dwight Howard’s Orlando Magic and the bitter rival Boston Celtics.

One player on this team that had plenty of championship experience before winning two more rings alongside Kobe Bryant was Derek Fisher. The five-time champion spoke to ClutchPoints about the 10th anniversary of the last title for the Lakers and reflected on a decade flying by.

“Man, I’m getting old [laughs],” Fisher said of it being 10 years since the Lakers’ last title. “It’s been 10 years already. I think my first thought is how amazing things can be after perceived failure or adversity. The reason why I say that is there is a lot of what came to be for those two teams was kind of a byproduct of the motivation and inspiration we felt coming off of losing in the NBA Finals in ’08 to the Boston Celtics.

“In our first year together, in terms of that version of the team where Pau [Gasol] joined the team in February of ’08, we really hadn’t found ourselves as a group yet. Going through the Finals and losing to the Celtics in ’08 as difficult and disappointing as that experience was, not having Andrew Bynum at full health. Not having Trevor Ariza at full health. We just used that as a catalyst for back-to-back titles in ’09 and 2010.”

Along with reflecting on how much time has passed, we asked the current Los Angeles Sparks head coach what his fondest memory is from that championship team. Fisher didn’t hesitate to give the following answer.

“I think the camaraderie of the group,” Fisher said. “I think that would be my fondest memory. I think that Lamar Odom and Luke Walton, their personalities the way they held our team together because of how selfless they were and the conversations we would have. How much we enjoyed making each other better. Those would be the fondest memories.

“In particular, coming off of the ’08 loss, so to start the season 08-09. The level of intensity in practice. The way we pushed each other in practice. The way the second team would challenge the first team and vice versa. Those are the memories that stick out the most. 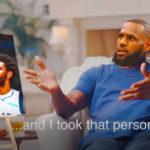 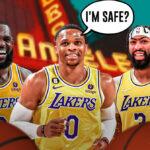 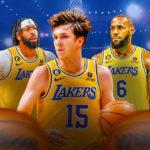 “We obviously played a lot of great games and big moments, but those are the fondest memories.”

Fisher had a lot more to say about his experience winning these back-to-back titles with the Lakers, including which teammate didn’t get enough credit, how tough it is to repeat in the NBA, the rivalry with the Celtics at that time, and much more.