Leaked court documents from the Epic vs. Apple court case have been a treasure trove of new market information. The latest insights to be revealed thanks to these papers include how much Epic has been spending on exclusives. The figures are large, with one game even costing hundreds of millions of dollars.

One of Epic’s most famous (or infamous) marketing strategies involves paying developers to launch their games exclusively on the EGS. Court documents reveal that from its launch in December 2018 up to September 2019, EGS obtained over 105 exclusive titles. Epic hopes that these exclusive titles will be strong enough to attract new users to their store. This strategy pays off as the EGS continuously registers new users. However, it doesn’t automatically mean that these new users will spend their money on the storefront. In fact, the EGS has yet to register a profitable year since its launch. 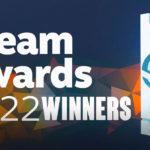 Most Played Steam Deck Games of 2022 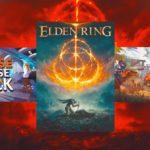 To get devs to agree to launch their games exclusively on the Epic Games Store, Epic had to pay huge money. In fact, they’ve spent just above a billion already just nine months into the storefront’s lifespan. One of their largest deals was with Gearbox. Epic Games paid the developers $115 million to have Borderlands 3 launch exclusively in the EGS. Meanwhile, most of these exclusives only stick around for a couple of months, with the Borderlands 3 lasting one full year.

These figures have since changed, of course. Between September 2019 and today, there have been more exclusive games launched on the Epic Games Store. On top of this, they’ve also been spending a lot to get devs to offer their games for free. While Steam continues to enjoy a lead, it won’t be long until they’ll be forced to react. Just how long Valve can enjoy its market dominance without shaking things up on Steam.