Jalen Kitna was shockingly arrested and charged with five preliminary felony child pornography charges on Wednesday, resulting in his suspension from the Florida football team. Now Kitna, the son of former NFL quarterback Jon Kitna, will no longer be on the team.

Jalen Kitna has been dismissed from the Florida football team and is no longer on the roster, according to Edgar Thompson of The Orlando Sentinel.

Kitna was released from Alachua County Jail on Thursday. The Florida football redshirt freshman quarterback had an $80,000 bond.

The bond was set during his first court appearance on Thursday. Kitna, a former three-star recruit, appeared in court with his father Jon, who assured the judge that he and his wife would keep a close eye on their son.

It seemed to have helped the Florida football players’ case, as the judge ordered that Kitna must not use the Internet and must not have unsupervised contact with minors.

The arrest included two counts of distribution of child exploitation material and three counts of possession of child pornography. He’s fortunate, as these charges carry a prison sentence of up to 15 years. 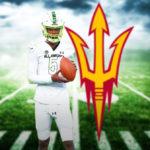 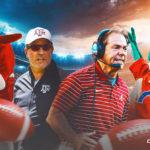 In a statement, Florida said, “We are shocked and saddened to hear of the news involving Jalen Kitna. These are extremely serious charges and the University of Florida and the UAA have zero tolerance for such behavior.”

Jalen Kitna threw completed 10 passes for 181 yards and a touchdown while serving as Florida football’s backup to Anthony Richardson.

The Gators will now shift their attention to the bowl game they will play in December.