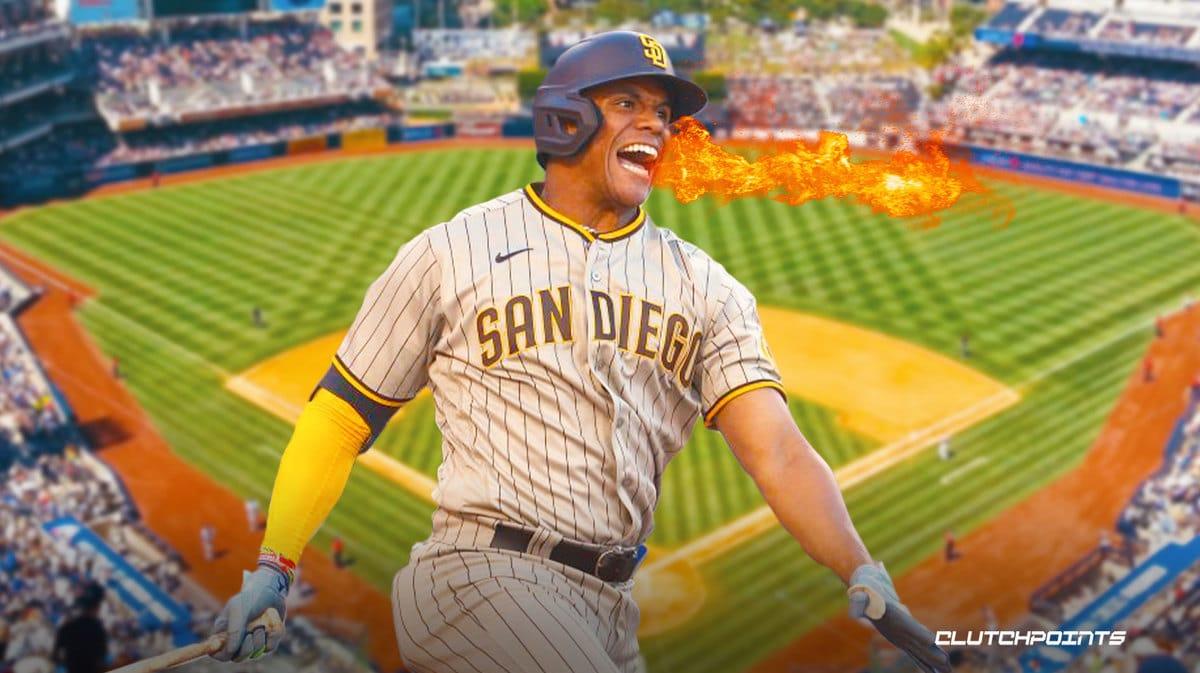 Juan Soto and the San Diego Padres did not help their chances to make the 2022 MLB postseason with a series of letdown performances of late. That includes an embarrassing sweep at the hands of the Los Angeles Dodgers in a three-game series at Dodger Stadium that came just after the Padres made a series of huge moves ahead of the 2022 MLB trade deadline.

Soto expressed his thoughts on the Padres’ four-game losing skid, which started in a 7-3 home loss to the Colorado Rockies last Thursday, while also sending a strong warning to San Diego’s next opponents, the San Francisco Giants.

Via AJ Cassavell of MLB.com:

Juan Soto’s thoughts on the weekend? ”

Forget about it,” he said. “We start another series tomorrow, and we’re going to be ready for that.”

“Don’t be surprised if you see all these guys going off next series,” Soto added.

Since Juan Soto got traded by the Washington Nationals to the Padres, San Diego has only won a single game in five outings. Things started so well for the Padres when they destroyed the Rockies 9-1 in Juan Soto’s first game in San Diego uniform, but the team failed to sustain that form. Then again, the Dodgers just seem to have the Padres’ number this season, as Los Angeles has completely dominated this regular-season series between National League West division rivals.

The Padres need to start winning again — and in bunches — with the Dodgers so far away from them in the NL West standings. At the moment, the Dodgers have a huge 15.5 games lead over the rest of the division, and as pointed out by Bob Nightengale of USA TODAY Sports, the Padres’ chances of catching Los Angeles look mightily bleak.

“The Padres are closer to last place than catching the Dodgers, who have fat 15.5-game lead in the NL West.”

Speaking of the NL West, the Padres are headed back home to Petco Park to host the Giants in another three-game series that begins Monday night. The Padres will send Blake Snell to the mound, while the Giants are scheduled to start a former Dodgers pitcher in Alex Wood.

At 61-50, the Padres are given by FanGraphs a 0.3 percent chance to win the NL West and a much more positive 87.2 percent odds of making the 2022 MLB postseason, as the team is tied with the Philadelphia Phillies for the second and wild-card spot in the NL.