Epic collaboration between Batman and Fortnite

This collaboration just shows how far-reaching the Fortnite game has become. A six-issue comic book mini-series featuring Batman started on April 20, 2021, with the series releasing its final chapter on July 6. The comic book recounts how Batman arrived on the island through an interdimensional rift above Gotham City. He’ll have to use his detective skills and combat knowledge to uncover the secrets of the mysterious Zero Point.

The fun part kicks in with the in-game bonuses players get by reading the comics. Both digital and paperback readers will get codes to redeem skins to be used in the game. These skins will in no way be exclusive, as they will become available on the Fortnite Store as well. However, you’ll save up on V-Bucks and get to follow the story as well if you get them through the comics. Each issue of the comics will have a code for a redeemable item, and redeeming all six gives you a bonus Armored Batman Zero Outfit. To redeem, visit fortnite.com/redeem. 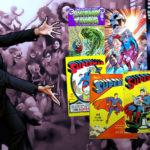 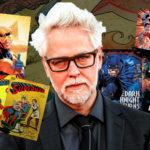 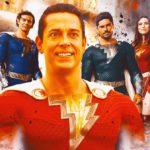 4 reasons why Shazam: Fury of the Gods will be the surprise DC movie of 2023

Batman/Fortnite Zero Point‘s first two issues have already arrived in stores. For the first issue, readers get a free Rebirth Harley Quinn Outfit. The Batman Zero Wing Glider comes with the second issue. The Batman Zero Wing Glider sells for 1,200 V-Bucks in the Fortnite Store, while the Rebirth Harley Quinn Outfit will go on sale in June 2021. The final issue of the series will arrive on July 6, 2021.

While these kinds of partnerships obviously cost a lot of money, Fortnite clearly benefits a lot from these. Recent court documents show that Fortnite alone brought in about $9 billion between 2018 and 2019 alone.