Ladies and gentlemen, football is finally back! After months of being deprived of the sport that makes the world go round, the Jacksonville Jaguars will face off with the Las Vegas Raiders in the Hall of Fame Game to kick off the 2022 NFL preseason. Join us for our NFL odds series, where our Jaguars-Raiders prediction and pick will be revealed.

Fresh off of an underwhelming 3-14 record from a year ago, the Jacksonville Jaguars enter a new year ready to make some noise. The Jags are ready for a new era out on the gridiron. After a nightmare of a season that saw Urban Meyer spend more time getting in trouble than not, the Jaguars were forced to move in a new direction in 2022. While the starters aren’t expected to play the entire game, Jacksonville comes into the season with numerous amount of young playmakers that are eager to show that they belong in the league.

During 2021, the Raiders punched their ticket to an AFC Wild Card appearance before falling short against the eventual conference champion Cincinnati Bengals. Fast forward nearly seven months later and the Raiders will certainly have their work cut out for them in what should be an ultra-competitive AFC West division. Can Las Vegas get started out on the right foot in their pursuit of back-to-back trips to the postseason?

Here are the Jaguars-Raiders NFL odds, courtesy of FanDuel.

Fresh off of an underwhelming 3-14 record from a year ago, the Jacksonville Jaguars enter a new year ready to make some noise. In 2021, there was a cautious sense of optimism. With the number-one overall draft pick in Trevor Lawrence about to begin his rookie season, college coaching legend Urban Meyer giving the NFL a crack in his first year, and even Tim Tebow trying out for the team at the tight end position, it seemed that Jacksonville fans had many things to get excited about in 2021. Simply put, this excitement did not last long.

Alas, Jacksonville is expected to be a much more competitive squad with Super Bowl LII-winning coach Doug Pederson at the helm. During this year’s draft, Jacksonville was equipped with twelve total picks including the number-one overall pick for a second consecutive year in an attempt to change the culture surrounding a franchise that hasn’t had a winning season since their trip to the AFC Championship game in 2017. Headlining their draft class was none other than their two first-round pick selections in OLB Travon Walker from Georgia and MLB Devin Lloyd out of Utah, as both defensive playmakers could see some limited playing time against the Raiders.

Getting the start under center for this exhibition game in Canton, Ohio will be QB Jake Luton, who recently spent time on the practice squad with the Miami Dolphins in 2021. Another quarterback at their disposal will come from the likes of preseason legend Kyle Sloter. These two gunslingers hoping to make the roster will provide Jacksonville with the best chance of covering the spread versus Las Vegas.

Why The Raiders Could Cover The Spread

Now in year two of calling Sin City their home, the Las Vegas Raiders are anxious to begin their season. Similarly to the Jaguars a year ago, the Raiders were certainly no stranger to overcoming adversity. After Jon Gruden was let go less than halfway through the season and promising star receiver Henry Ruggs was arrested for a DUI, Las Vegas was hit with plenty of changes. However, with interim head coach Rich Bisaccia leading the troops, Las Vegas still remarkably clinched a playoff spot as a Wild Card and took the Bengals down to the wire in a gut-wrenching loss. Now, with the addition of All-Pro wideout Davante Adams from Green Bay, the sky is the limit for Raider Nation in 2022.

Instead of sticking with Bisaccia long-term, the Raiders decided to lure Patriots offensive coordinator Josh McDaniels away from the Patriots. While McDaniels has had head coaching experience in the past with Denver from 2009-2010, he will be wanting a little more success than what he endured more than a decade ago. Expect a conservative approach and game plan on offense in his first official game as the Raider’s headman.

If Las Vegas wants to get the season off to a good start in a spread-covering win against the Jags, the Raiders will need to heavily rely on the offensive line to set the tone in the running game and to provide protection for expected starter Nick Mullens. This unit has been inconsistent throughout camp, and a rough showing in the trenches will make it near impossible to come out victorious in this one.

With an exuberant amount of starters sitting this one out on both sides, which name trying to make the team stand out the most? The Jaguars should have the advantage in this one with more stable quarterback play. Jacksonville kicks off the season with a triumphant effort under their belts! 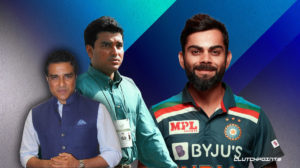