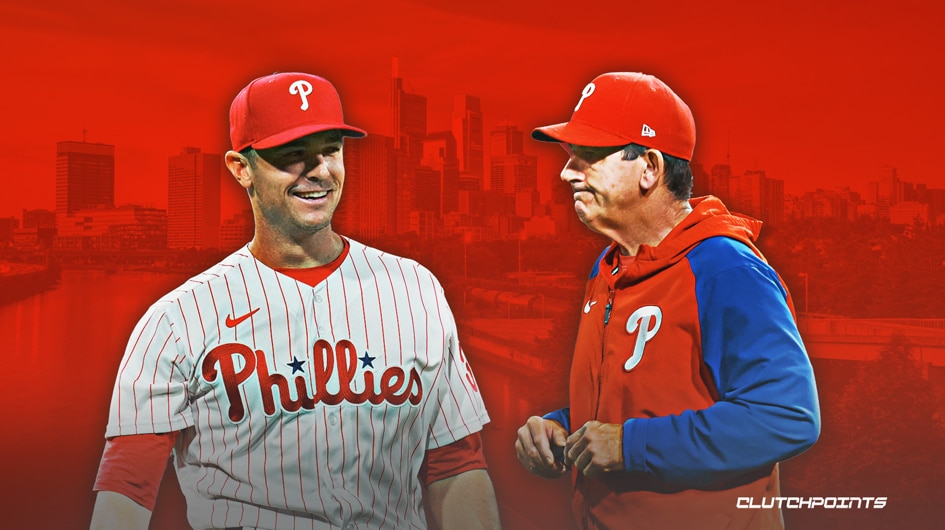 The Philadelphia Phillies are on their way to making the playoffs. They have the fourth-best record in the National League despite Bryce Harper being sidelined since June.

Philadelphia’s turnaround began when manager Joe Girardi was fired in early June. Interim manager Rob Thomson is making a fantastic case to shed the interim tag, as the Phillies have been great under his watch. They are 13-2 in their last 15 games and have a seven-game winning streak.

Thomson has always been seen as a great baseball mind According to Matt Gelb of The Athletic, relief pitcher David Robertson said that Thomson was always great with players. Both of them were with the New York Yankees with Girardi at the helm. Thomson is proving Robertson’s case with the Phillies’ great success under his leadership.

“He was always the guy (in New York),” Robertson said, via The Athletic . “You know what I mean? Even when Girardi was there, he was still the guy. Joe was great. But Rob was still the guy. You needed something? Rob was there. Rob knew just as much and had a great feel for how things were going. What the guys were going through. He’s always had great clubhouse awareness. He was born to do this job.”

The Phillies added Robertson, Noah Syndergaard and Brandon Marsh at the trade deadline to bolster their roster. Harper could be back soon, which would make their lineup even stronger. They may not be able to catch the New York Mets in the NL East but they are in a great position to make the postseason. Getting their best player back should give the Phillies a fantastic shot.

Not since 2011 have the Phillies played postseason baseball. If they can keep their momentum going through the dog days of the season, they should finally break their playoff drought.