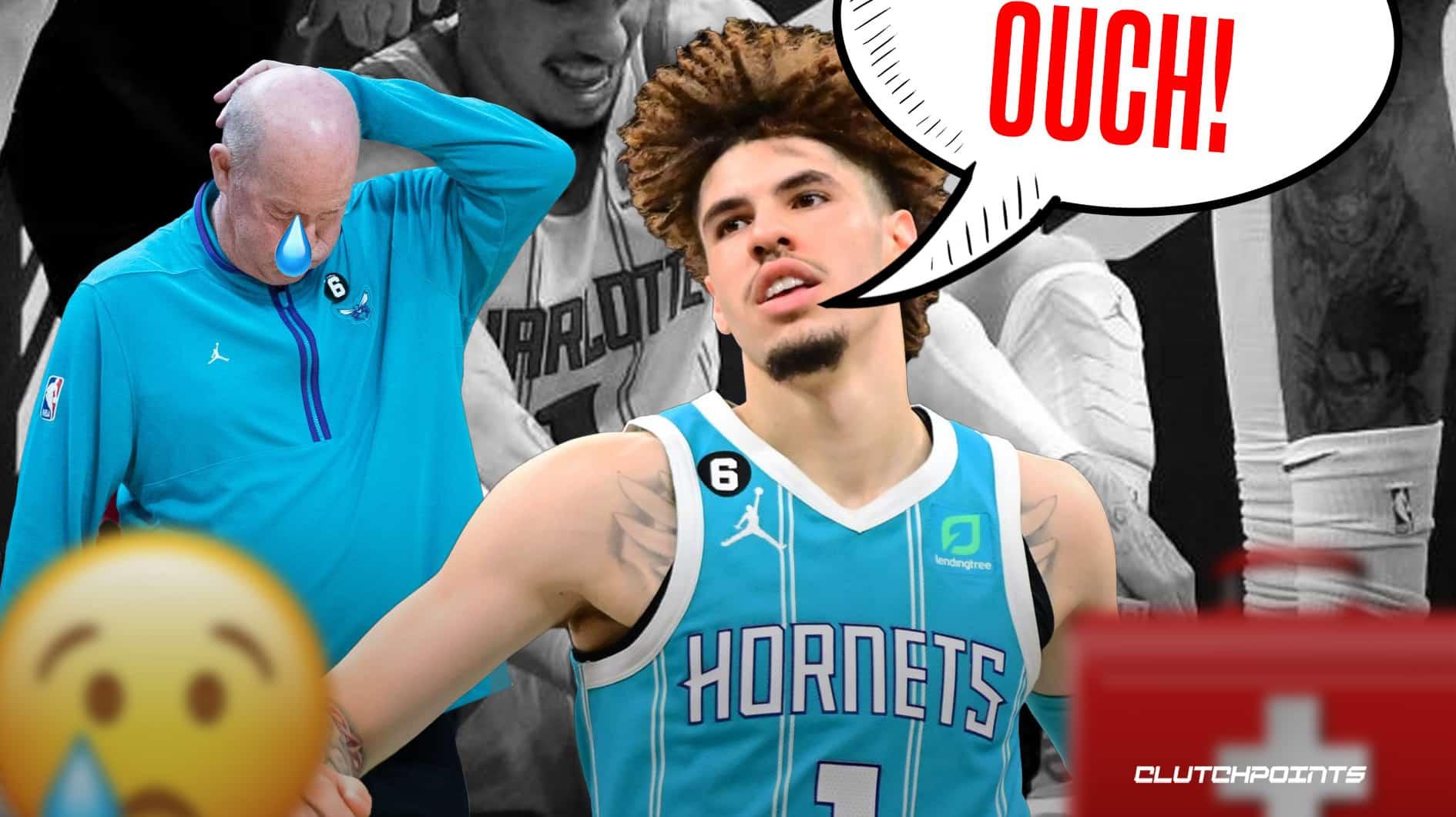 The Charlotte Hornets dropped another home game on Wednesday night. This time it was to the Indiana Pacers, 125-113, to spoil LaMelo Ball’s home debut this season. Ball had his best game of his short season, dropping 26 points and six dimes in 37 minutes of action. Unfortunately, after being out for weeks with an ankle sprain, it seems like he might be out again for another extended period of time. Ball rolled his ankle again on a courtside fan’s foot and did not return to the game.

After the game, Hornets head coach Steve Clifford commented on the injury but didn’t offer much in terms of specifics.

“He was great (tonight),” Clifford said. “I haven’t seen him yet. I think he rolled it on a fan’s foot is what I was told. Hopefully it’s not bad. I’m sure we won’t really know anything until tomorrow.”

The Hornets have yet to play a game with all their best players. Terry Rozier and LaMelo Ball both missed time at the outset of the season. Later on, Gordon Hayward wound up sidelined with a shoulder injury. Cody Martin recently underwent a knee procedure.

Now, Ball could miss even more time. All the Hornets can do at this point is try to weather the storm the best they can, but it has been a struggle so far with a record of 4-12.

Rozier is going to have to elevate his game to new heights along with the rest of the guys who are healthy enough to play. Things do look a little bleak, but they have to pull out the positives from the early part of this season. The defense has flashed some potential to be elite as long as they don’t let their offense dictate what happens on the other end. They still have some young guys who need to be more impactful while they are in the game. That includes James Bouknight and PJ Washington, who really needs to be that No. 2 option out there with Rozier.

Outside of Rozier, the Hornets have some solid veterans on the roster. Both Kelly Oubre Jr. and Mason Plumlee hold a significant amount of weight for these guys. Oubre can explode for 20+ every night, while Plumlee has been the team’s anchor on defense and a good playmaker out of the low post.

Losing LaMelo Ball again is a major bummer for Charlotte and another setback this season, but this Hornets team can’t give up already. You never know what can happen in a long campaign.