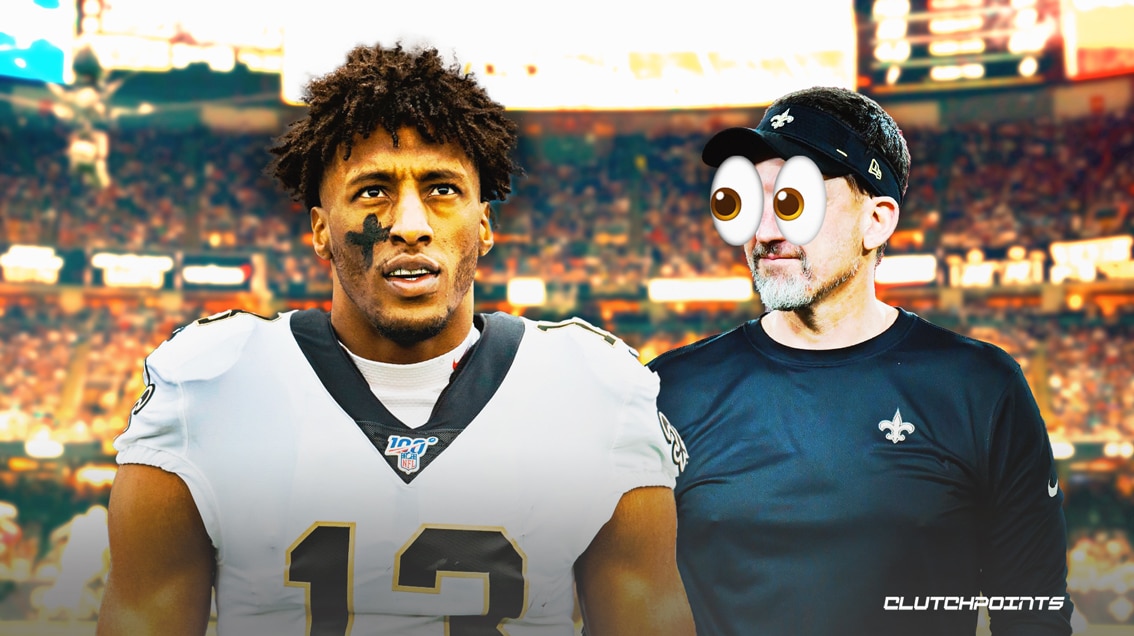 Michael Thomas is back. But is he really back? That’s the question every New Orleans Saints fan is asking after the star wideout returned to the practice field for the first time in 18 months in July. That question received an answer from Saints head coach Dennis Allen on Wednesday.

Not just any answer though. Allen is leading the Thomas hype train as the start of the 2022 season inches ever closer. Here’s what the Saints head coach said about his star wideout, per Ari Meirov on Twitter.

#Saints HC Dennis Allen on WR Michael Thomas: "When I watch Michael Thomas at practice, I see the Michael Thomas that I saw pre-injury. I see a big, strong, physical, receiver that makes a ton of contested catches. I saw it in these practices. I see a guy that looks pretty good."

“I see the same Michael Thomas that I saw pre-injury.” Saints fans can be forgiven if they don’t take Dennis Allen’s word for it.

Thomas rattled off four straight 1000-yard seasons, breaking the NFL’s single-season reception record in his last full campaign back in 2019. Then, the wheels fell off.

The Saints wideout then had his leg rolled up on by a teammate, suffering a high-ankle sprain early in the 2020 season. The ailment, as well as a disciplinary issue, cost Thomas nine games.

He then opted to undergo surgery shortly before the 2021 season, eventually missing the entire campaign after suffering a setback. And that’s the short version of the story.

So, it’s understandable if Saints fans don’t believe Allen’s words about Michael Thomas. But maybe they should.

Thomas has had enough time to get completely healthy- and he now has a couple wideouts- Jarvis Landry and Chris Olave- to take some of the attention away from him.

He figures to be in good shape catching passes from Jameis Winston, who excelled in 2021 before a season-ending knee injury.

Maybe Michael Thomas is back. JUST IN: 3 Saints players who must impress in preseason Week 2 ahead of roster cuts
Related TopicsDennis AllenMichael ThomasNew Orleans Saints