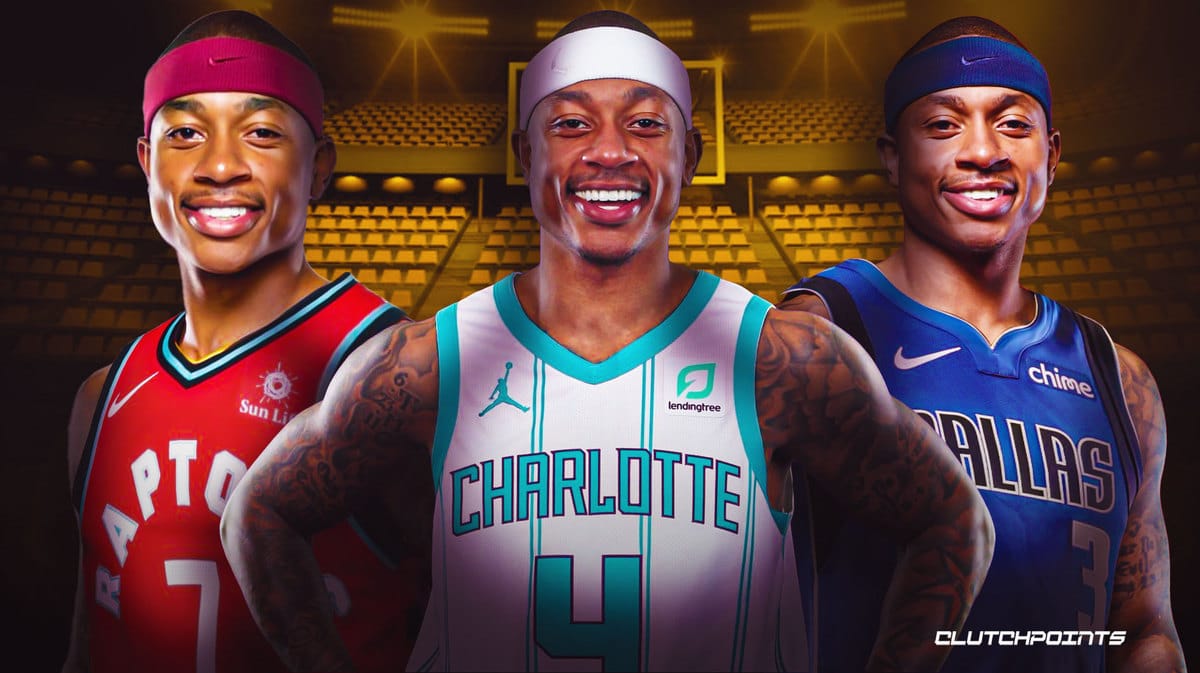 It was not long ago that Isaiah Thomas was scoring 53 points in a playoff game for the Boston Celtics. From the 2017 postseason to the 2022 offseason, his journey has been very different from what most thought about.

Thomas was set for a contract extension the very same summer he got traded, and since then, instead of a super-max deal, his contracts range from 10-days to veteran minimums.

Last season, he played for the Los Angeles Lakers, Dallas Mavericks and Charlotte Hornets. In 17 games for the latter, the guard averaged 8.3 points and 1.4 assists in just 12.9 minutes per contest off the bench, while shooting 43.3% from the field, 39.7% from beyond the arc and 93.3% on free throws.

Although those numbers are not as flashy as the ones from his Boston years, some teams could use his scoring to help their postseason hopes.

Here are three teams that should consider bringing Isaiah Thomas to the 2022-23 season.

Teams That Should Sign Isaiah Thomas In 2022 NBA Free Agency

The Toronto Raptors returned to the playoffs following a disappointing 2020-21 season, with the team losing in the first round against the Philadelphia 76ers in six games.

When All-Star Fred VanVleet went down with an injury, making him miss two games of the series, head coach Nick Nurse chose to not move another guard to the starting lineup. For that series, Toronto only had 10 points off the bench by guards, which included Malachi Flynn failing to score despite playing in all six games.

Bringing Thomas to the Raptors’ bench could provide a more reliable scorer, allowing the young players such as Flynn to still develop and learn before playing significant roles in the postseason. He would also be someone who could step up when a player like VanVleet goes down, which would not affect the lineup so much as opposed to adding another a center in place of a guard.

Additionally, Isaiah Thomas can also be the playmaker of the bench unit, something that the Raptors do not currently have. His career average is 4.8 assists a game, which is roughly similar to VanVleet’s and triple of Gary Trent Jr.’s.

The Dallas Mavericks had an impressive playoff run in 2022, eliminating the then-NBA runner-ups Phoenix Suns in a dominant game seven of the Western Conference Semifinals. However, they were no match against the eventual champions Golden State Warriors.

After trading multiple players in order to acquire Christian Wood, the team still have some open roster spots and could definitely use one for Isaiah Thomas. IT briefly appeared in one game last season for Dallas, scoring six points and dishing four assists in 13 minutes.

Even though it was just a short stint, the Mavericks have shown they had an interest in Thomas’ game and could use his scoring off the bench. In 2021-22, Dallas averaged only 32.5 points off the bench per game, ranking in the bottom 10 of the league. Adding Thomas to the bench rotation could be a nice pairing with Frank Ntilikina, who is a more defensive-minded guard, once each other’s strengths complement each other’s weaknesses.

Thomas could play around 10-12 minutes a night, similar to the recently traded Trey Burke, and give a little offensive spark once star Luka Dončić is resting.

A reunion between Thomas and the Charlotte Hornets has been speculated for the past couple of days after the guard took to Twitter to express his feelings about returning to the team.

I need to be back with my young killas!!! https://t.co/V2Mp5BpLHG

According to The Athletic, the Hornets have also shown some interest in bringing back the former All-Star, as he was described as a “strong locker room leader.” The franchise has also been involved in rumors of bringing back Kemba Walker, but they should still monitor Thomas’ situation.

With the guard department full of younger players, such as LaMelo Ball and James Bouknight, the team could use some veteran leadership in the locker room, and Thomas could be a great mentor to Ball since the 2021 Rookie of the Year has yet to have a fellow teammate guard with that much experience.

Thomas’ impact was felt as Charlotte’s winning percentage skyrocketed from 47.7% without IT to 70.6% when he played. Although it was not too many games, the guard helped the young team in making it to the play-in tournament. Despite not making the playoffs, it showed the bright future the Hornets franchise can have, and Thomas could be part of it.

Overall, those three teams should monitor Isaiah Thomas as he would probably only require a veteran minimum deal to join them. With those teams interested in a playoff run, adding more offense off the bench could be a game changer when the starters are not playing well or have already played too many minutes.