The Denver Nuggets were firing on all cylinders after the trade deadline acquisition of Aaron Gordon. The arrival of the high-flying forward helped the Nuggets rack up an eight-game winning streak, which had a lot of fans excited about Denver’s chances in the postseason. But all of those hopes came crashing down last week after Jamal Murray went down with a devastating ACL tear in his left knee.

In a game against the Golden State Warriors, Murray attempted to drive toward the rim late in the fourth quarter. The dynamic guard fell down to the ground and immediately clutched his knee in pain. The season-ending announcement came out the very next day.

We take a look below at how Murray was doing before the injury, both on the court and when it comes to the card market. At the same time, we’ll also examine the impact of Blue Arrow’s injury on his value and the Nuggets’ playoff chances.

While Jamal Murray was not able to replicate his performance in the bubble on a nightly basis, he was still having a career season before he went down with the injury. In the 48 games he played this year, the 6-foot-3 guard averaged 21.2 points, 4.8 assists, 4.0 rebounds, and 1.3 steals.

Murray was also at his most efficient this season, shooting a career-high 47.7% from the field and 40.8% on 3-pointers. This helped give him a career-high 59.2% true shooting mark.

All of those numbers came out in full force two months ago when Denver faced the Cleveland Cavaliers. In the game, Murray kicked into a higher gear and took over offensively. He notched a career-high 50 points by hitting 84% from the field and 80% from downtown. This led to the Nuggets coming out on top with a 120-103 victory against the Cavs.

With Murray out for the entire season, Denver’s chances of contending against the powerhouses in the West are weaker. It remains to be seen whether Michael Porter Jr. can truly take up Murray’s scoring load or Monte Morris can help orchestrate the Nuggets’ offense at a high level. In any case, Murray will be sorely missed by his team and the fans of Denver this season.

Denver’s hot streak late last month and early into April proved to be a good catalyst for the Nuggets’ key players. Along with Nikola Jokic, Aaron Gordon, and Michael Porter Jr., Jamal Murray’s card value was enjoying an upward surge during this period. During this time, Blue Arrow’s PSA 10 Prizm rookie card reached a peak of $545 on eBay. 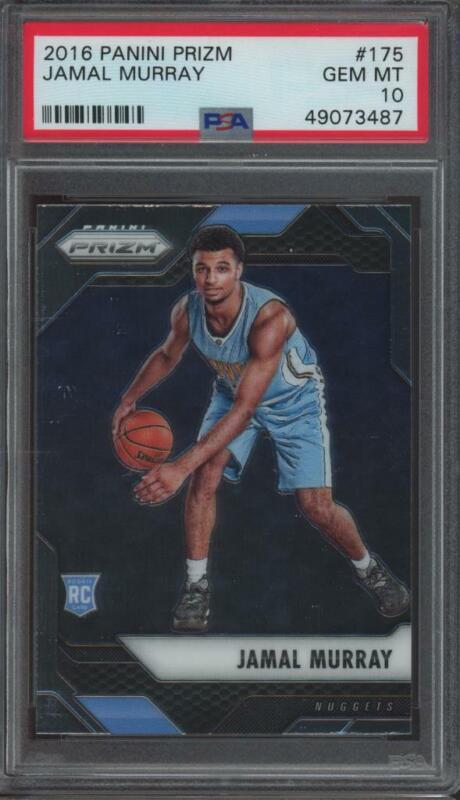 That price corrected itself to $440 days before Murray tore his ACL. Days after the injury, though, his stock dropped hard to $325. This shows a sharp decline from Murray’s card value back when the Nuggets were winning. It could potentially even go lower during the playoffs and into the early part of the offseason.

Murray’s injury was an unforeseen incident that lowered his overall card market value. Those who have invested heavily in Jamal Murray rookie cards hope he gets back better than ever next season to recuperate their losses. On the other hand, those who are interested in buying the Blue Arrow’s cards should do so right now because his prices will never be lower.

Overall, it’s going to be a long ride until Jamal Murray gets back to shape and proves he can play at a high level once again.