Even when they were facing a third quarter deficit against the Denver Broncos, it still felt as if it was only a matter of time before the Kansas City Chiefs came back to retake the lead. Which was exactly what they did with about a minute left in the period, with quarterback Patrick Mahomes finding tight end Travis Kelce for a 20-yard touchdown to give the Chiefs the lead which they would not relinquish in Kansas City’s eventual 22-16 victory over the Broncos in Week 13.

The win gives the Chiefs an 11-1 record, which clinched their sixth consecutive playoff appearance with four games remaining on their schedule. But after squeaking past Denver, Kansas City faces another test in Week 14 when they visit the resurgent Miami Dolphins. The Dolphins have recovered after a 1-3 start, winning seven of their last eight games to move up to 8-4 and strengthen their hopes of reaching the playoffs for the first time since 2016.

1. Patrick Mahomes passes for two touchdowns and no interceptions

Mahomes finished the game against the Broncos by completing 25 of 40 passes for 318 yards and one touchdown with no interceptions. But those numbers hardly capture the 25-year old quarterback’s brilliant performance, which included several ridiculous throws that fans have grown accustomed to seeing from him. Dolphins head coach Brian Flores knows this all too well, having faced Mahomes, head coach Andy Reid, and the Chiefs when he was with the New England Patriots.

Miami’s defense has been successful in forcing turnovers on their opponents, as they have had one takeaway in each of their last 18 games and have 21 takeaways this season, which ranks second next to the Steelers. Cornerback Xavien Howard leads the NFL with eight interceptions, and will look to pick off Mahomes’ passes on Sunday. Ahead of the game, Flores has already spoken about the challenge of trying to slow down the Chiefs’ offense.

Flores and the Dolphins love to blitz, but the Kansas City Chiefs have taken good care of the football with just eight turnovers in 12 games, which is tied with the Tennessee Titans for the fewest in the league. Mahomes has thrown just two picks while passing for 31 touchdowns this season, and he should add a couple of more on Sunday as he picks apart the Dolphins defense.

While the Dolphins rank among the best on defense in the league, they have largely struggled to slow down their opponents on the ground. Miami gives up an average of 122.4 rushing yards per game, which ranks 22nd in the NFL. This should give running backs Tyreek Hill, Le’Veon Bell, and Clyde Edwards-Helaire a chance to make an impact on Sunday. Against the Broncos in Week 13, Bell, Hill, Mahomes, and Darrell Williams combined for 134 rushing yards while Edwards-Helaire was listed as active for the game but didn’t play due to an illness.

But the rookie out of LSU is expected to be back on the field against Miami and can add to his impressive numbers this season. In 12 games, the 21-year old running back already has 151 carries for 692 rushing yards and four rushing touchdowns while adding 30 receptions and 234 receiving yards and one receiving touchdown. Edward-Helaire, Bell, and Hill should be able to gain some yardage on Sunday against a Dolphins defense that doesn’t defend on the ground as well as they do on the air, proving that they are many ways through which the Kansas City offense can beat opponents.

3. The defense gets an interception on Tua Tagovailoa

While the Dolphins are mapping out a strategy on how to slow down Mahomes, the Kansas City Chiefs defense will be tasked to disrupting rookie quarterback Tua Tagovailoa, who has led Miami to a 4-1 record since being named as starter. The former Alabama signal-caller hasn’t put up impressive numbers completing 86 of 136 passes for 898 yards and seven touchdowns in his first five games. 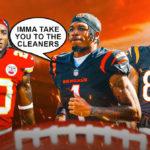 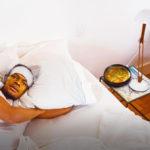 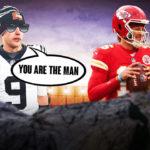 But the 22-year old has excelled at protecting the ball, and became just the third quarterback in the Super Bowl era to avoid throwing an interception in his first five games as a starter. Mahomes himself has praised Tagovailoa for his ability to manage the game and situations, something which he admitted he didn’t do that well in his first season with the Chiefs.

Kansas City, however, has also been able to force turnovers against their opponents, as they are second in the NFL with 14 interceptions, with safety Tyrann Mathieu having five interceptions, which ranks this in the league, and safety Daniel Sorensen having three. Despite playing well so far as a starter, the Kansas City Chiefs defense should get an interception against the rookie quarterback, which will go a long way in disrupting the Dolphins offense and picking up a win.

Even if they have won seven straight, the Chiefs have been tested in their last few games. In fact, their last comfortable win came way back in Week 8 when they dominated the New York Jets, 35-9. Kansas City had some shaky moments even in their wins against the Carolina Panthers, Las Vegas Raiders, Tampa Bay Buccaneers, and the Broncos in the last month. The red-hot Dolphins, armed with one of the NFL’s best defenses and fighting for a spot in the playoffs, should be able to keep things interesting against the Chiefs.

But if there’s anything that Mahomes and the Kanas City Chiefs have shown in their recent victories and during their title run last season, it’s that no lead is safe against their high-powered offense, and that it’s only a matter of time before the reigning Super Bowl MVP finds one of his receivers in the end zone to complete yet another stunning Chiefs comeback. Expect Kansas City to come away with another hard-earned win to move up to 12-1 and strengthen their hopes of finishing with the AFC’s top spot.