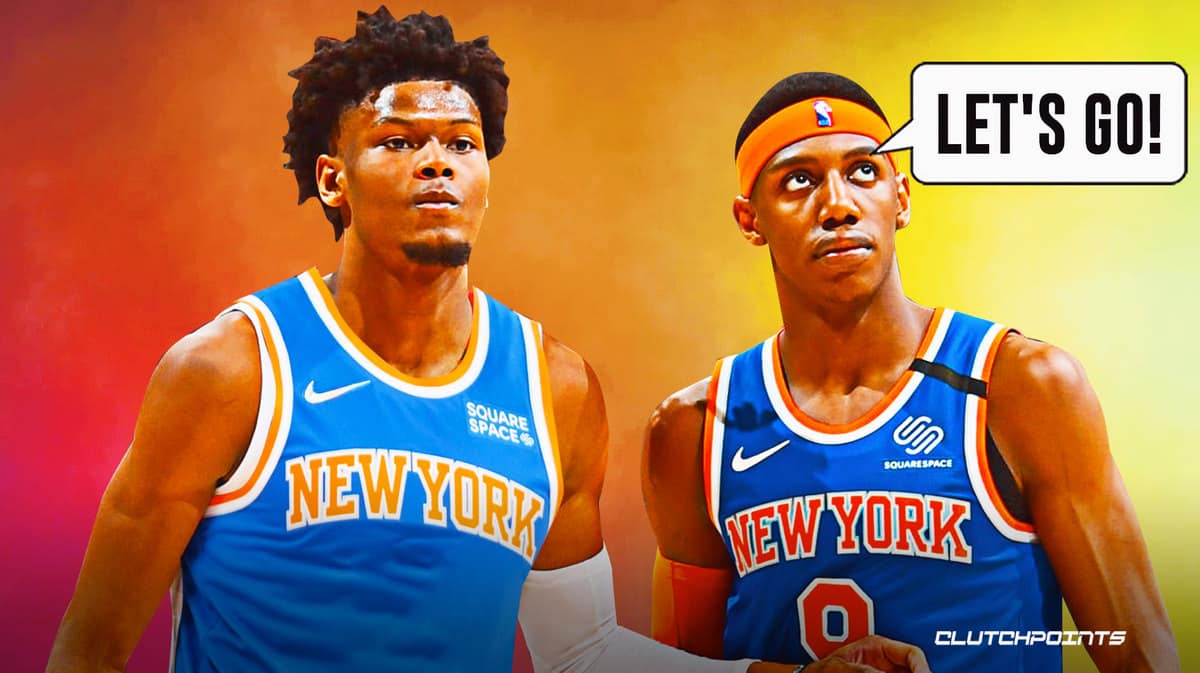 New York Knicks swingman RJ Barrett couldn’t be any more excited after the team acquired Cam Reddish from the Atlanta Hawks. While the ‘Bockers are “loaded” with wing players on the roster, Barrett is confident Reddish has what it takes to get a significant role with the team.

Reddish requested a trade from the Hawks in order to find a team where he could play a bigger role. However, his trade to the Knicks doesn’t really solve that since they have the likes of Barrett, Evan Fournier, Alec Burks and Quentin Grimes sharing duties at the wing position.

As head coach Tom Thibodeau said, Reddish will have to earn his spot when he joins the Knicks since they have a tough competition for minutes at the spot he plays.

Despite that, though, Barrett is confident that his former Duke Blue Devils teammate will do just fine and eventually get the bigger role he is looking for.

“I don’t think we would have gotten him if that wasn’t the case. So I think he’ll do well here and have a chance to be a great piece to this team. We’re excited to have him,” Barrett said of Reddish when asked about his chance to crack the Knicks’ rotation.

Cam Reddish is out for a while as he recovers from a sprained ankle he sustained in his last game with the Hawks. Nonetheless, RJ Barrett revealed he has already talked with his collegiate buddy and gave him a “rundown” about the Knicks.

“It’s great to play with my Duke brother again. It’s gonna be a lot of fun. I’m happy. I can’t wait. We had a good talk yesterday. When he gets here, I hope I could help him gel with the team. I gave him a little bit of a rundown,” Barrett added.

It remains to be seen when Reddish will be able to join the Knicks, but he should have a seamless transition as he reunites with Barrett. And by the looks of it, he is ready to prove what he is capable of as soon as he recovers from his injury and gets to playing.