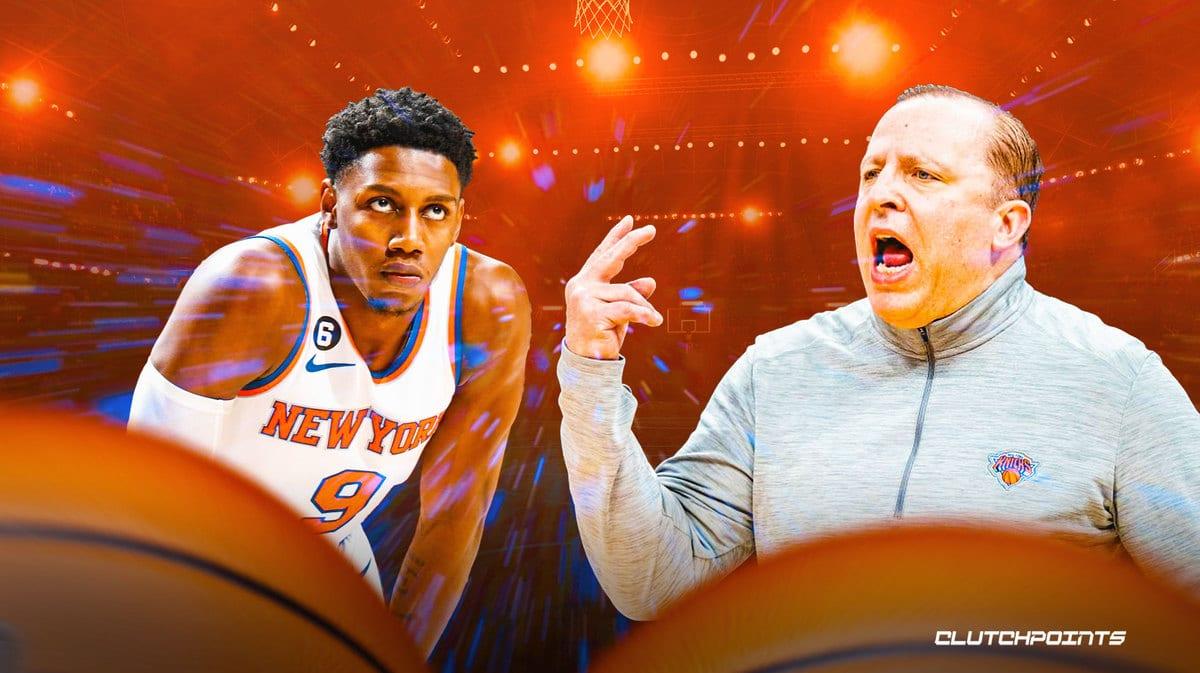 The New York Knicks found themselves in a close game against the Milwaukee Bucks on Wednesday night despite being on the second leg of a back-to-back. RJ Barrett was doing his best to keep the Knicks afloat amid Giannis Antetokounmpo’s 37-point explosion, as he tallied 26 points on an efficient 8-15 shooting from the field. However, his seventh miss of the night couldn’t have come at a more inopportune time.

After Grayson Allen knocked down a triple with 31 seconds left to give the Bucks a 106-103 lead, the Knicks still had plenty of time to tie the game or even take the lead eventually. With 25 seconds left in the game, and 18 seconds on the shot clock, Barrett caught the ball on the right wing, with Pat Connaughton right in his face. After a jab step, Barrett rose to take an inexplicable three over Connaughton’s contest which clanked off the back iron, essentially putting the game to bed.

Immediately after the game however, head coach Tom Thibodeau had no issues with RJ Barrett’s decision to jack up a triple in that scenario, especially if the lefty deemed he was open enough.

“The three or the two, if we think it’s a good look, take it. If not, drive the ball. I wanna look at it. I like that in the open floor if he got a good look,” Thibodeau said, per SNY Knicks.

Tom Thibodeau says he wants to take a look at the tape of RJ Barrett's 3-point attempt with 22 seconds left tonight instead of going for a quick two:

"I like that in the open floor if he got a good look" pic.twitter.com/7nQy7OuupR

Tom Thibodeau may not like what he sees once he looks more intently at game film. Barrett chose to ignore Julius Randle, despite having a size advantage on the block against Jrue Holiday (although Holiday is an elite defender). While the 22-year old wing may have been feeling himself after knocking down two of his three attempts from beyond the arc to that point, Barrett entered this game shooting a mere 27 percent from deep.

Simply put, the four-year forward out of Duke must improve his shooting efficiency for him to come close to making the huge contract he signed in the offseason worth the Knicks’ while.

Nonetheless, while RJ Barrett’s late-game attempt proved to drive the nail into the Knicks’ coffin. he won’t be solely at fault for this loss. Late in the fourth quarter, the Knicks had a chance to take the lead, but failed to do so after Mitchell Robinson and Jalen Brunson missed one free throw each as Giannis Antetokounmpo fouled out.

All Thibodeau and the Knicks could do now is move forward, beginning with their Saturday night clash against the Dallas Mavericks.