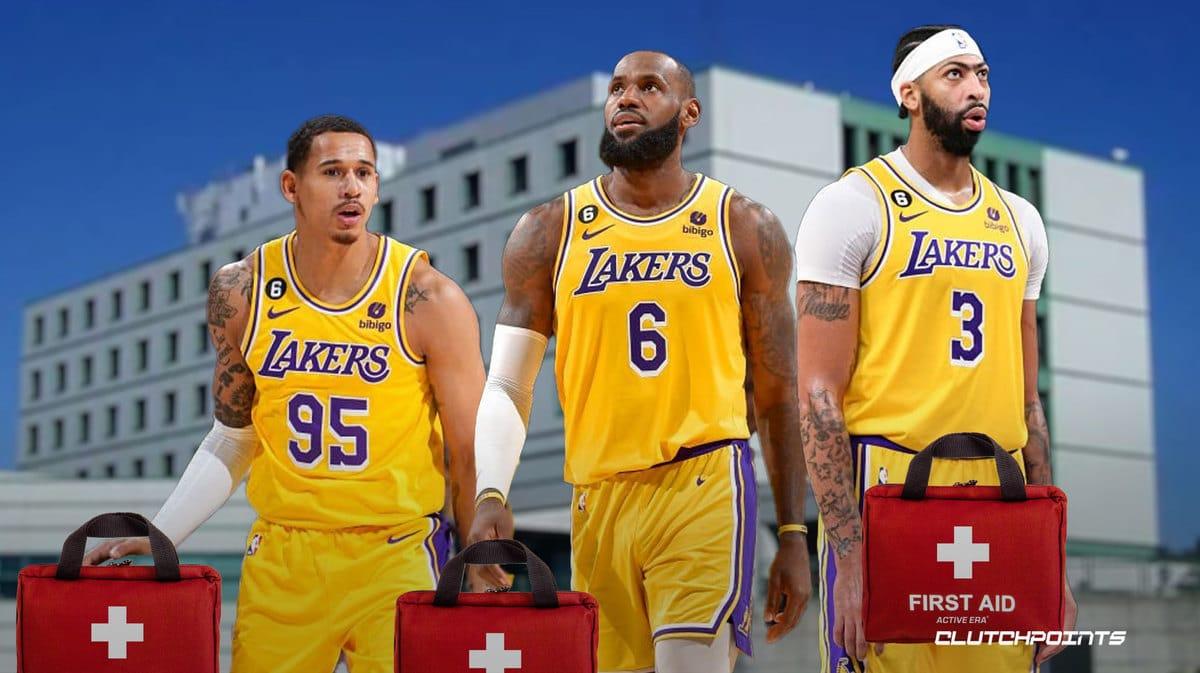 Things just continue to get from bad to worse for the Los Angeles Lakers. They came into Wednesday’s matchup against the Toronto Raptors shorthanded with LeBron James, Anthony Davis, and Patrick Beverley all sidelined with respective injuries. Unsurprisingly, the Lakers got blown out. To add insult to injury, it now looks like Juan Toscano-Anderson will be joining the team’s growing injury list.

Toscano-Anderson went down in the second half after stepping on teammate Thomas Bryant’s foot. JTA immediately hit the deck and he had to be helped by teammates as he made his way back to the bench. The 29-year-old could barely put any weight on his right foot, and it was later revealed that Toscano-Anderson had sustained an ankle sprain.

For those that missed it:pic.twitter.com/roVmxlKOOu

This is yet another tough blow for the Lakers who are already dealing with a slew of injuries. JTA is going to have tests done on his ankle which should determine the extent of the injury. It didn’t look good, though, so it wouldn’t be a complete surprise if he ends up missing a bit of time because of this injury.

The good news for LA is that LeBron James and Anthony Davis don’t appear to have sustained any serious injuries. They should be back in the mix soon. Hopefully, both stars are able to return to the lineup on Friday against the Philadelphia 76ers.

The bad news is that the Lakers have now lost back-to-back games and are in trouble of falling into a deep hole again — especially if their injury problems continue to worsen.