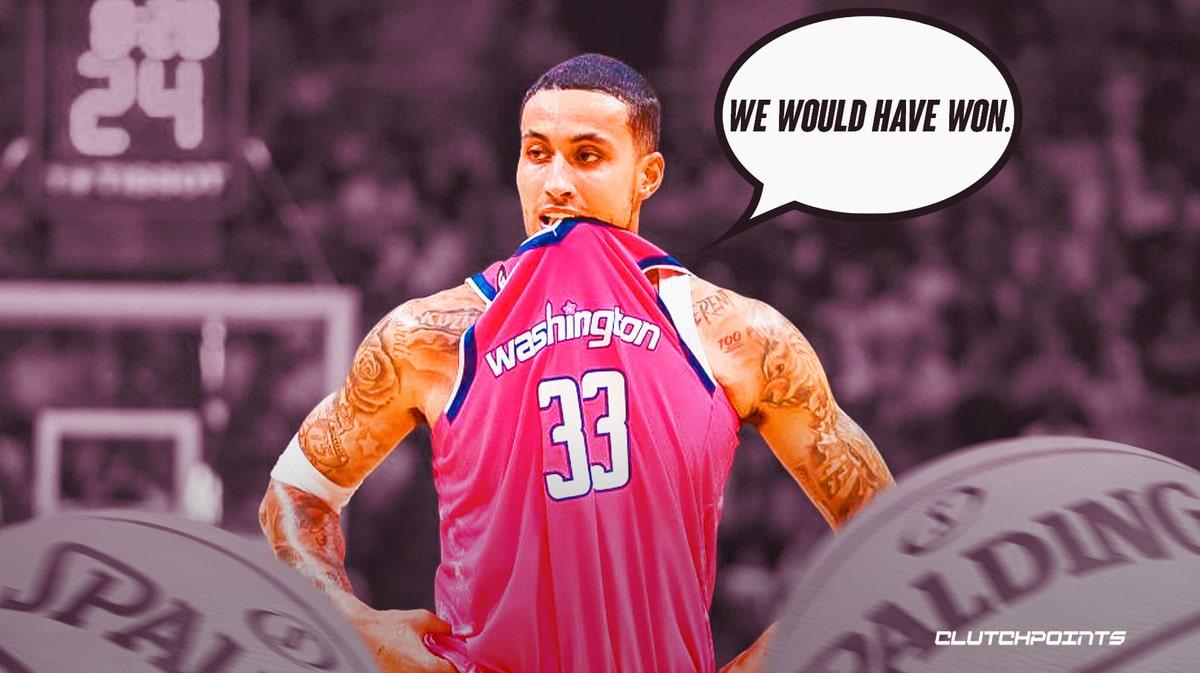 The Los Angeles Lakers were NBA champions in 2020 after being the last team standing in the Orlando bubble, and Kyle Kuzma played a key role on that team. He came off the bench as the Lakers sixth man averaging 10.0 points per game and 3.1 rebounds while shooting 43 percent from the field. And on Sunday, Kuzma took to Twitter to declare that those Lakers would have repeated as champions the following season if they could have stayed healthy.

We would of repeat if we were healthy

The 2019-2020 Lakers were one of the best defensive teams in the NBA. They were fourth in the league in opponents points per game at 107.6 and third in defensive rating at 106.3. They finished 52-19 and were first in the Western Conference. They only lost three games before reaching the Finals and dispatching the Miami Heat in six games.

The following year though, the Lakers were hit with the injury bug. LeBron James missed 37 games and Anthony Davis missed 42 games as the Lakers stumbled to a 42-30 record and the seventh seed in the Western Conference. Kyle Kuzma played in 68 games that season and put up 12.9 points per game and 4.5 rebounds while shooting 44.3 percent from the field and 36.1 percent from three-point range. The Lakers would fall in the first round against the Phoenix Suns with Davis being hobbled with injury.

That Lakers team never got another chance to make it back to the Finals as the team was essentially blown up in the 2021 off-season. Kuzma was traded to the Washington Wizards in the deal that brought Russell Westbrook to LA. Since then, Kuzma has seen his career take off while the Lakers have struggled.