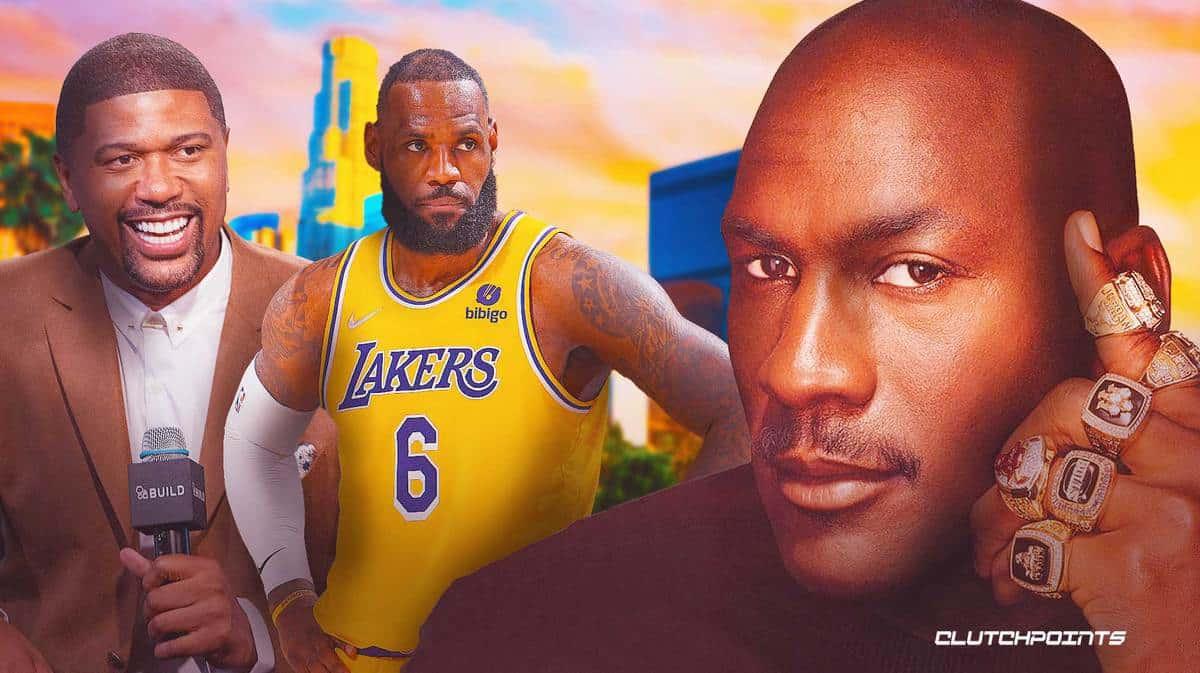 With LeBron James now entering his 20th season in the NBA while on the brink of claiming the all-time NBA scoring record, there’s been a lot of talk about the Los Angeles Lakers superstar potentially surpassing Michael Jordan as the GOAT. Well, Jalen Rose firmly believes that there’s not even much of a conversation to be had in this regard.

Speaking on a recent episode of ESPN’s Courtside Club w/ Rachel DeMita, Rose explained why he firmly believes that LeBron still doesn’t hold a candle to MJ with regard to the GOAT talk (h/t Peter Dewey of Lakers Daily):

For Jalen Rose, it’s obviously all about the accolades. It’s hard to argue against his point here, though.

Then again, you could also say that LeBron has his fair share of achievements that MJ couldn’t even touch. One of them is the fact that James will soon become the greatest scorer in NBA history. MJ also didn’t win a championship with three different teams, and neither did he dominate the league at Year 19.

Be that as it may, Rose is still on team MJ through and through, and there’s just no convincing him otherwise:

“Michael Jordan has two separate three-peats,” Rose said. “LeBron doesn’t have a three-peat. … And so, you don’t necessarily even need to watch them play to acknowledge that what Michael Jordan achieved just solely on the court is greater.”

When he puts it that way, it’s not easy to dispute Rose’s straightforward logic. However, you have to note that LeBron James isn’t done yet. He’s still going strong at age 37, and the truth is, The King still has an opportunity to achieve more in the league in the years to come.