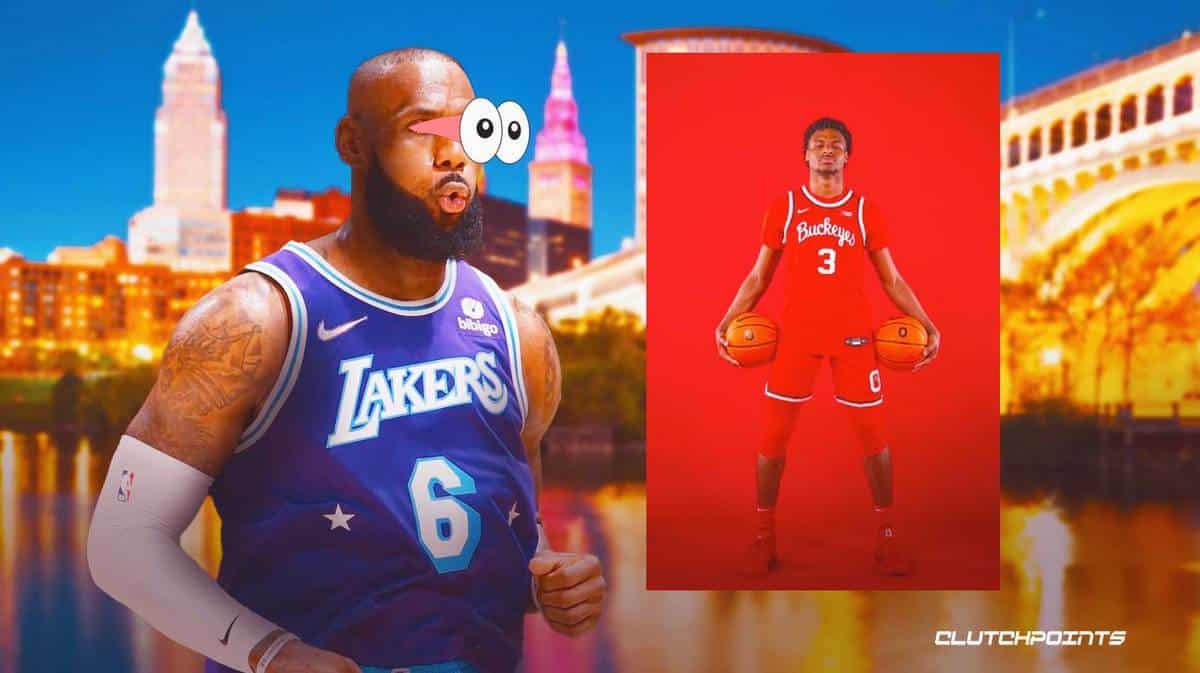 Bronny James teased everyone what it would look like if he suits up for the Ohio State Buckeyes, and clearly, Los Angeles Lakers superstar LeBron James loved it.

The eldest of the James brood got everyone talking with his Ohio State photos, and even his dad couldn’t hold himself back from sharing them. On Instagram, James posted the photos on his stories and simply wrote “O-H” and “#notcommitted” alongside fire emojis.

LeBron James is an Ohio native, and with Bronny James born there, it just seems perfect of he’s going to end up playing for the Buckeyes. It would really be special if that happens.

Of course as LeBron and Bronny clarified, the photos don’t mean the youngster has committed to Ohio State. They simply had fun at it and what it would feel and look like.

Previously, Oregon has been rumored as the frontrunners to land Bronny. However, LeBron slammed the report back then and emphasized that his son hasn’t taken a single visit at that time. The Lakers star went on to say that his kid will make the announcement himself when he makes that decision.

For now, fans will just have to wait and see where Bronny ends up with. There were several teams interested in him, so he’ll naturally take his time. As for the Ohio State faithful, it’s bets not to get hopes up until Bronny confirms in which basketball program he’s going.