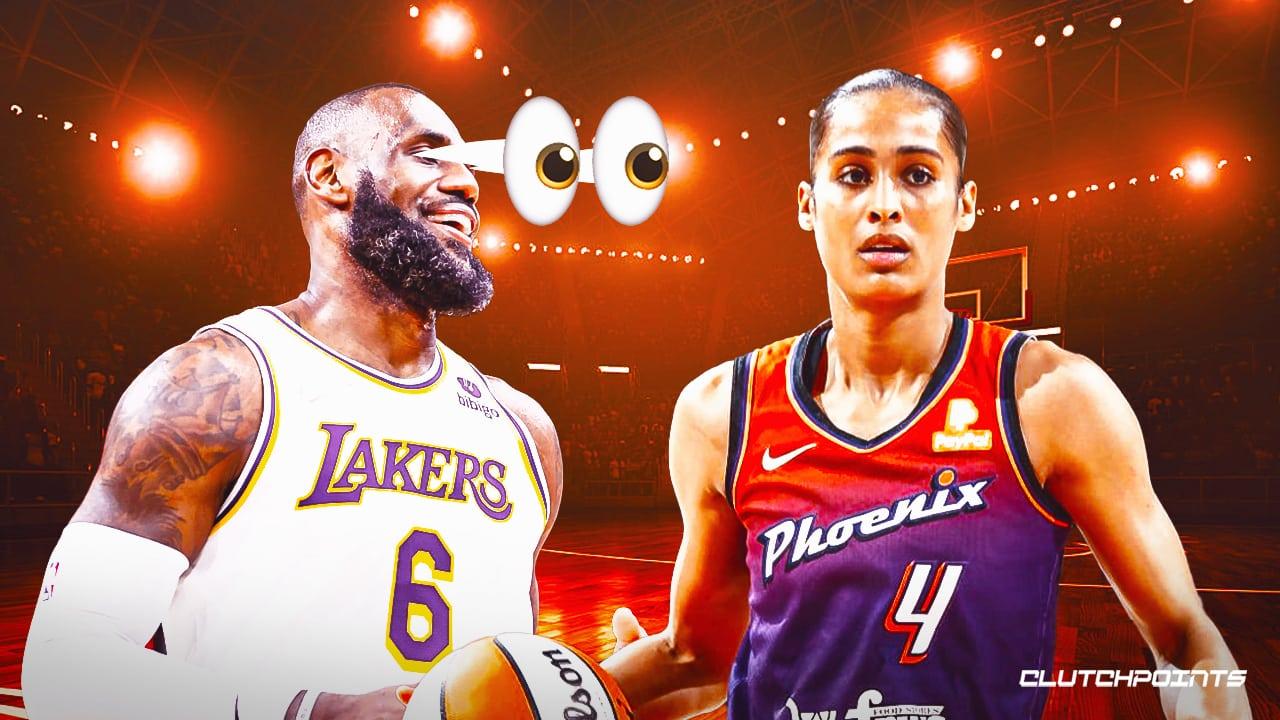 Phoenix Mercury star Skylar Diggins-Smith put a defender on skates and made a jump-shot which made for an incredible highlight. The play caught the attention from people all over the sports world including Los Angeles Lakers superstar LeBron James.

Diggins-Smith is one of the most popular players in the WNBA. The 31-year old guard is in the midst of her 9th WNBA season. She is a 6-time All-Star and has been selected to the All-WNBA First Team 3 times.

She is currently enjoying one of the best seasons of her career. Skylar Diggins-Smith is averaging an even 20 points to go along with 5.5 assists and just over 4 rebounds per game. Despite the Mercury’s struggles, Diggins-Smith continues to excel.

LeBron James has been a supporter of the WNBA for quite some time. He is never shy about shouting out greatness when he sees it. The future Hall of Famer is fresh off of a tremendous season of his own. Despite being 37-years of age, LeBron still averaged over 30 points during the 2021-2022 campaign. He added over 8 rebounds and 6 assists as well.

The Lakers’ struggles were the main storyline last year. They were favored to reach the NBA Finals prior to the season and ended up missing the playoffs altogether. Nonetheless, LeBron James is clearly still amongst the best players in the game.

LeBron is aiming to lead the Lakers back to the postseason in 2022-2023. Meanwhile, Diggins-Smith will try and help the Mercury turn their current season around. She could even receive some MVP consideration if she keeps playing at a high level.