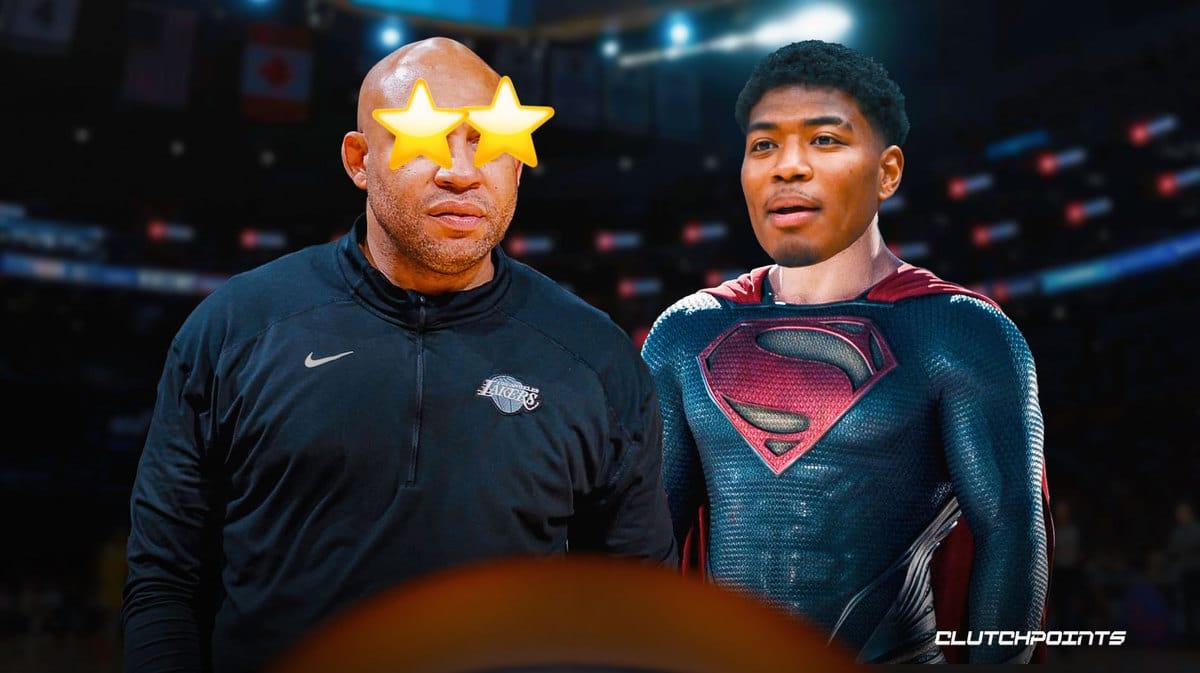 The whole Los Angeles Lakers fan base is excited to see Rui Hachimura in action, and so is head coach Darvin Ham.

When the Lakers traded for Hachimura from the Washington Wizards–sending Kendrick Nunn and three second-rounders in exchange–many see his addition as a huge boost to LA’s wing position. After all, he is a legitimate two-way player who has the size and length to make life hard for anyone he’s guarding, as well as the ability to score in a variety of ways.

Ham, for his part, loves Hachimura’s size and how he fits into the Lakers’ system.

“More size on the perimeter, can guard players in the post … can hit shots and also fit into the system. He checks the box on (several areas). To be able to add a talent (like that) is a no brainer,” Ham said, per Mike Trudell of Spectrum SportsNet.

Furthermore, Darvin Ham expressed his belief that Rui Hachimura can take his game to the next level by being around the likes of LeBron James, Anthony Davis, Russell Westbrook and Patrick Beverley.

Darvin Ham said he’s “super-duper excited” to add Rui Hachimura, noting how he fits into the system and fills a need as a large body on the wing. Ham believes being around LeBron, AD, Russ, Pat Bev & the Lakers infrastructure can take Rui’s game up a level: pic.twitter.com/rzOHojNvCu

For what it’s worth, it’s not only Ham who has expressed optimism and excitement about Hachimura’s arrival in LA. Even Magic Johnson sees the Japanese youngster becoming an impactful player for the franchise if used right.

“Laker Nation, Rui Hachimura is going to really help the Lakers on both ends of the court. He’s averaging 13 points and his length and size will help us on the defensive end!” Johnson tweeted on Monday after the trade for the 24-year-old was made official.

The wait for Hachimura’s debut with the Lakers won’t be long, as he has been spotted practicing with the team on Tuesday. Sure enough, hopes are high that he can live up to the expectations on him.