While Riley Curry and Derrick Rose Jr. may have gained popularity due to their media stunts, LeBron James Jr. has been gaining attention nationwide from college basketball coaches already impressed with the pre-teen’s skills and potential. In fact, despite being six or seven years away from attending a university, both Duke and Kentucky, huge college basketball programs, have already offered the 11 year old scholarships.

This publicity stunt comes after LBJ Jr.’s ‘King James Shooting Star Classic’ highlight tape was released, depicting the young prospect as he absolutely ravages opposing competitors. The tape caught the attention of basketball fans, players, and coaches around the world, and LBJ Jr. already seems to have his pick of options at a young age. 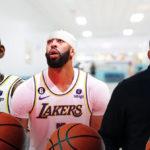 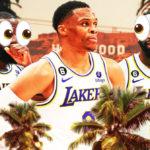 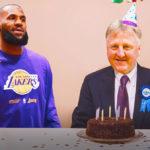 While these offers won’t mean anything for quite awhile, you can be sure that colleges will be heavily competing for the young prospect and his potential prowess. Unlike his father, the 11 year-old will most likely go through the collegiate process, so his decision will be interesting when the time is right.