Lupita Nyong’o is an award-winning Kenyan-American actress who has won multiple awards such as an Academy Award and Screen Actors Guild Award, as well as nominations from the Tony Awards and the Primetime Emmy Awards. Her first big break was her role in the award-winning movie 12 Years a Slave. In this article, however, we will be talking about Lupita Nyong’o’s net worth in 2022. 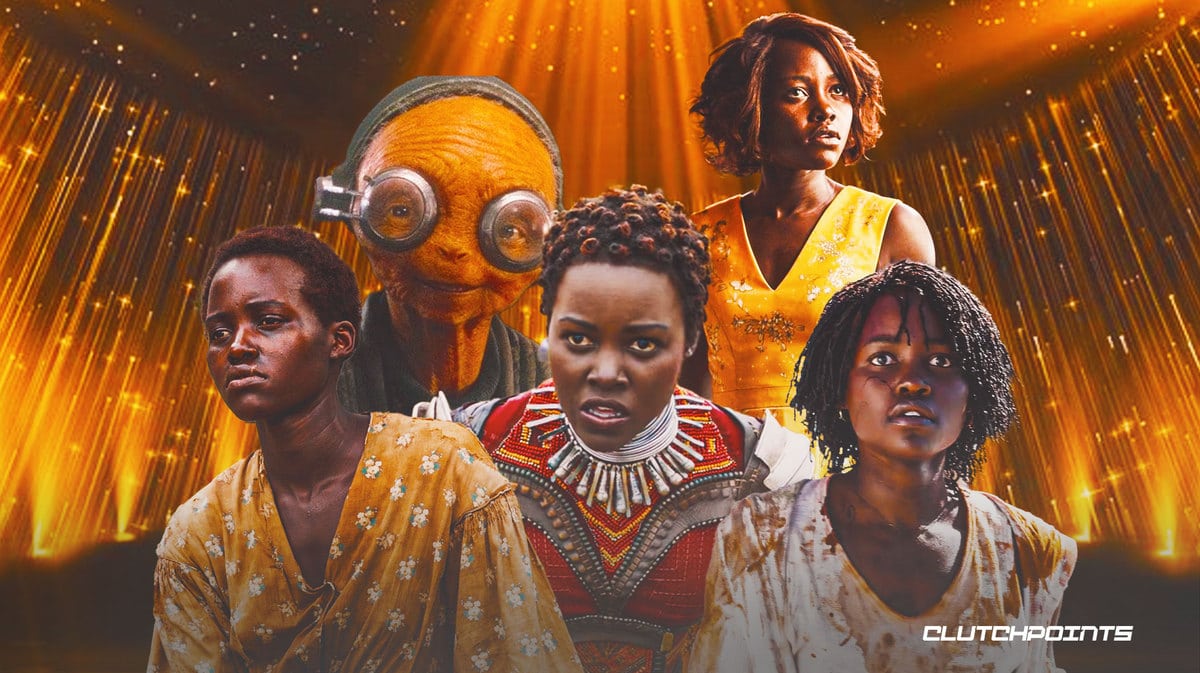 Lupita Nyong’o’s net worth in 2022 is estimated to be $10 million. This is agreed upon by multiple reputable sources such as Celebrity Net Worth.

Let us now learn more about her journey and how she became one of the most bankable stars in Hollywood today.

Lupita Amondi Nyong’o was born on March 1st, 1983, in Mexico City to Kenyan parents Dorothy Ogada Buyu and Peter Anyang’ Nyong’o. Her father was a politician in Kenya, the Governor of Kisumu County. Aside from being a politician, her father was also a professor. During the time of her birth, Peter was a visiting lecturer in political science at El Colegio de Mexico in Mexico City.

Their family returned to Kenya when Lupita was less than one year old as her father was appointed as a professor at the University of Nairobi. Lupita grew up in an artistic family and has described her upbringing as”middle-class, suburban.”

When Lupita Nyong’o was 14 years old, she made her professional acting debut as Juliet in Romeo and Juliet, a production by the Nairobi-based repertory company Phoenix Players. She also performed in On The Razzle and There Goes The Bride while with the Phoenix Players.

Lupita Nyong’o credits Whoopi Goldberg and Oprah Winfrey’s performances in the movie The Color Purple for inspiring her to pursue a professional acting career.

Her parents sent her to Mexico for seven months to learn Spanish when she was 16 years old. She lived in Taxco, Guerrero, during that time and took classes at Universidad Nacional Autónoma de México’s Learning Centre for Foreigners. She then went to St. Mary’s School in Nairobi and received her IB Diploma in 2001.

Nyong’o attended college in the United States at Hampshire College where she earned a bachelor’s degree in film and theatre studies. She then went to the Yale School of Drama where she got her master’s degree in acting. During her time at Yale, she won the Herschel Williams Prize in the 2011-12 academic year for acting students with outstanding ability.

As for her family, her father was elected to represent Kisumu County in the Kenyan Senate in 2013. In 2017, he became Governor. Her mother is the managing director of the Africa Cancer Foundation and has her own communications company.

Lupita Nyong’o began her career working as part of the production company of different films. In 2008, she starred in the short film East River. After that project, she moved back to Kenya to star in the television series Shuga, a drama series about HIV and AIDS production produced by MTV Africa and UNICEF.

After earning her master’s degree in acting at Yale, Lupita Nyong’o was immediately cast in the 2013 historical drama 12 Years a Slave, starring alongside industry giants such as Chiwetel Ejiofor, Michael Fassbender and Benedict Cumberbatch, among others. The film is about the life of Solomon Northup, a free-born Black man of upstate New York who is kidnapped and sold into slavery in Washington, DC, in 1841.

The film was praised by fans and critics alike as it earned over $187 million against its $22 million budget. On top of that, the movie won the Academy Award for Best Picture, Best Adapted Screenplay, and Best Supporting Actress for Lupita Nyong’o — making her the second African and Mexican actress to win the award and the first Kenyan actress to win an Oscar.

Lupita Nyong’o then had a supporting role in the Liam Neeson-starred action thriller Non-Stop. She was then cast as the Force-sensitive space pirate Maz Kanata in Star Wars: The Force Awakens. She wanted a role where her appearance was not relevant and the CGI-based acting provided her with a different challenge.

In 2016, she was cast in the live-action CGI adaptation of the 1967 original The Jungle Book where she played the role of Raksha, a mother wolf who adopts Mowgli. She then reprised her role as Maz Kanata in Star Wars: The Last Jedi and the animated series Star Wars Forces of Destiny.

The following year, Lupita Nyong’o was cast as Nakia, a spy and former member of the Wakandan special forces Dora Milaje in the 2018 superhero film directed by Ryan CooglerBlack Panther, the 18th film in the Marvel Cinematic Universe (MCU). Her role as Nakia earned her a nomination for Best Actress at the Saturn Awards. The movie also grossed $1.34 billion worldwide and became the 11th highest-grossing film of all time.

After the success of Black Panther, she starred in the comedy horror film Little Monsters. Following that film, she was cast in Jordan Peele’s psychological horror movie Us. The movie’s production only had a budget of $20 million but grossed over $255 million worldwide, with Nyongo’s chilling two-character performance drawing consensus rave reviews.

Lupita Nyong’o partnered with Nairobi-based media and tech startup Kukua in support of YouTube Original’s STEM-themed Super Sema, the first African kid superhero animated series. She served as the executive producer of the series, as well as the voice actress of the titular character.

Most recently, she starred in the ensemble spy thriller The 355 alongside Jessica Chastain, Penelope Cruz, Fan Bingbing and Sebastian Stan. She will also reprise her role of Nakia in the sequel to the original Black Panther film, Black Panther: Wakanda Forever.

Aside from her acting career, Lupita Nyong’o is also an advocate for multiple causes such as WildAid, which announced her as its Global Elephant Ambassador. She is also involved with Mother Health International, an organization that aims to provide relief to women and children in Uganda by creating locally engaged birthing centers.

Lupita Nyong’o had her writing debut in 2019 with a book titled Sulwe. The book is the story of a five-year-old Kenyan girl who has the darkest complexion in her family, and is based on her own childhood experiences.

She has also appeared on multiple magazine covers such as Vanity Fair and Vogue. She was also listed by Forbes as part of Africa’s 50 Most Powerful Women.

So far, Lupita Nyong’o has established herself as one of the premier and marquee names in Hollywood. There is no question that her shining career will only get brighter and brighter from here.

With all of that being said, were you surprised about Lupita Nyong’o’s net worth in 2022?