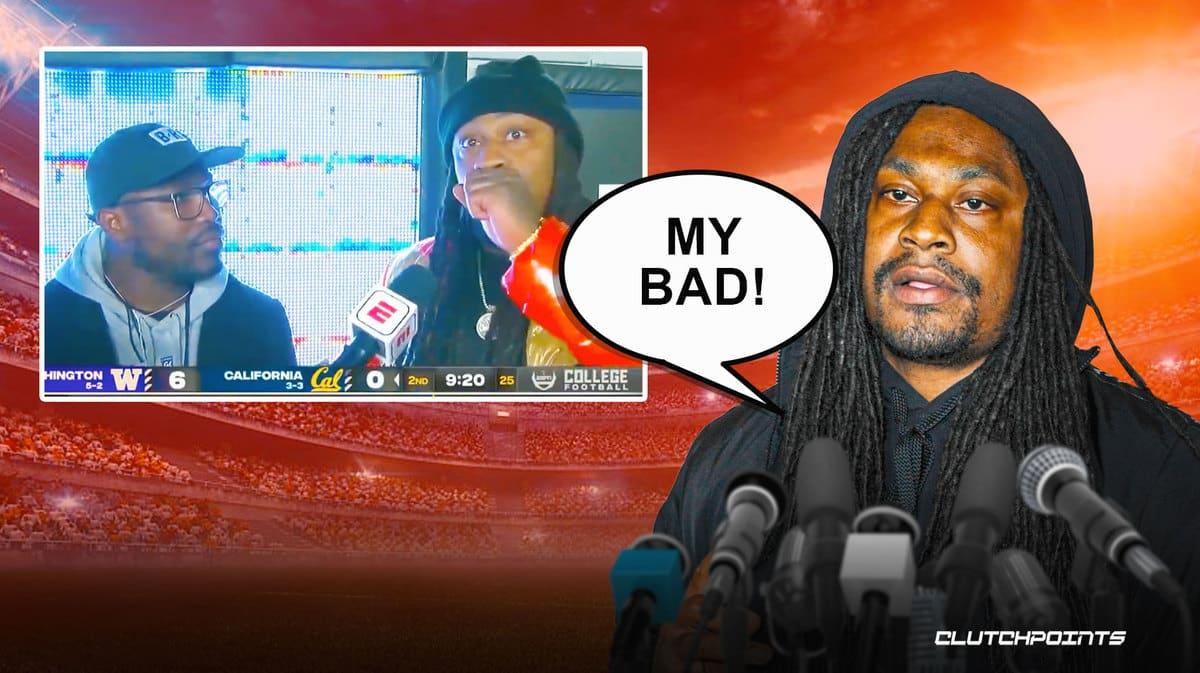 If there’s one thing NFL fans have learned over about Marshawn Lynch, it’s that the man has no filter on his words whatsoever. The Seattle Seahawks legend is notorious for speaking his mind at all times, on or off camera. His hilarious “I’m just here so I don’t get fined” interview is still one of the funniest media clips in NFL history.

It seems, though, that the NFL has forgotten about Lynch’s speaking tendencies. Marshawn Lynch was interviewed on ESPN for their usual College GameDay coverage. While discussing the crowd’s reactions, though, the Seahawks legend dropped a casual F-bomb. His immediate reaction was golden. (via Ari Meirov)

Catching himself cursing on live TV, then casually dropping another cuss word is classic Marshawn Lynch. That’s exactly why he’s a national treasure for NFL fans. 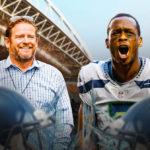 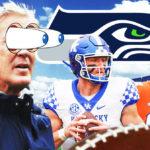 Marshawn Lynch’s media antics have mellowed out ever since his retirement from the league. During his playing days, he was notorious for being uncooperative with media personnel in interviews. While the league frowned upon these actions, the Seahawks fanbase loved their star running back’s antics, and for good reason.

Nowadays, Lynch is much chiller with a microphone in front of him. However, he hasn’t gone the same route as his Seahawks best bud Richard Sherman, who is now an analyst for Amazon on Thursday Night football. If Lynch ever goes down the same path as Sherman… the NFL world might just break. The chaos of Marshawn Lynch just speaking his mind out during halftime shows will be glorious.